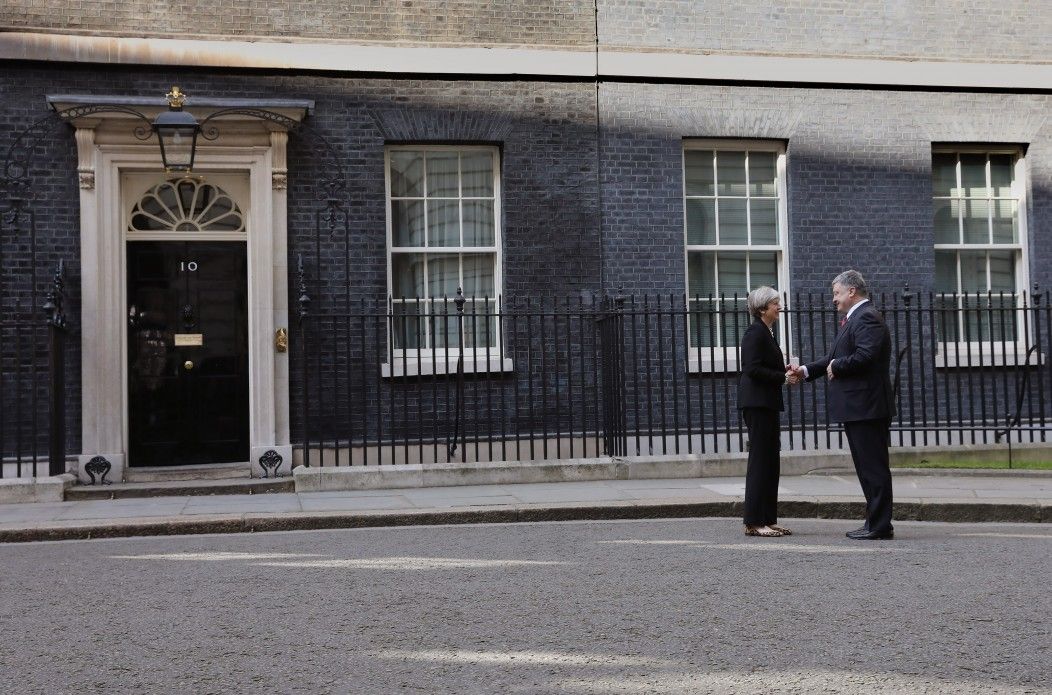 Meanwhile, more than 800 UK troops have been deployed to Eastern Europe – along with tanks and heavy armor – to defend against Russian aggression.

Read alsoPoroshenko to May: GB one of Ukraine's most valuable, reliable partnersAccording to the Ukrainian president's press service, during the meeting, Poroshenko and May have, inter alia, discussed the expansion of security cooperation.

"The Prime Minister offered participation of Great Britain in a whole range of reforms. I think, cooperation in the elaboration and implementation of legislation regarding financial investigation service may be efficient,” Poroshenko said.

Among other things, the parties touched upon the issue of visa liberalization for Ukrainian citizens,” the Ukrainian president said.

If you see a spelling error on our site, select it and press Ctrl+Enter
Tags:PoroshenkoUkraineRussianAggressionMayGreatBritain