Tillerson names condition for U.S. to engage with Russia on Ukraine issue 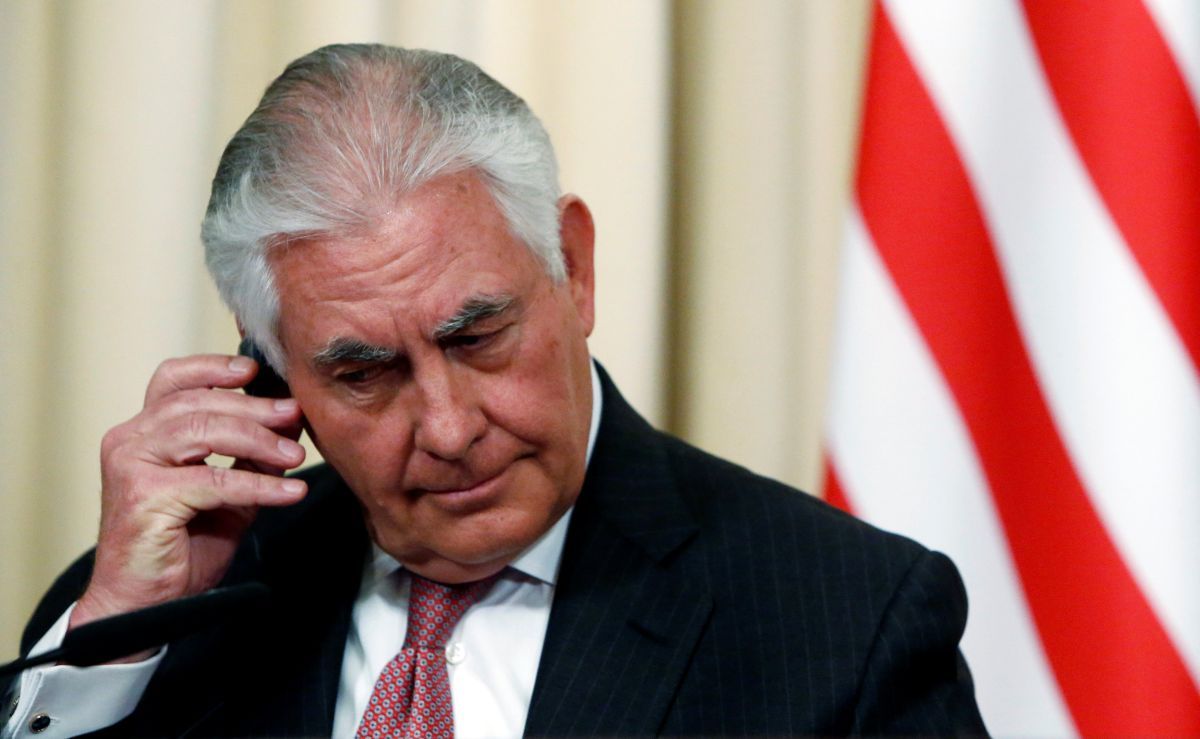 In a video released by C-Span, Tillerson is seen calling the “reengagement” with Russia one of the State Department’s top priorities.

Admitting that Russia is “part of the engagement in Syria,” he added that “we have other issues with Russia, as you all well know, in Europe and the situation in Ukraine.

Read alsoPoroshenko asks Tillerson to revisit UN peacekeepers deployment in Donbas after OSCE incidentThe U.S. state secretary recalled that during his recent trip to Moscow he characterized the relations between the two countries as at their lowest since the Cold War, adding that Vladimir Putin “did not disagree.”

He added that his comment to Putin was that “the two greatest nuclear powers in the world cannot have this kind of relationship. We have to change it.”

Tillerson said that the two governments have “a number of efforts underway to first stabilize the relationship.”

Read alsoMerkel on Donbas: first, truce needed, then political part of Minsk II accords can be implemented“Acting Deputy Secretary Shannon is leading a working group effort to see if we can address some of the things that are just irritating the relationship, that make it hard for us to talk to one another even in civil tones,” he said. “So we’re working hard on that and we’re hoping to begin to solve some of that.”

Tillerson added that following the Tuesday’s conversation between Donald Trump and Vladimir Putin, the two sides will continue to work on the “first big area of cooperation,” which is Syria.

Read alsoTrump, Putin may meet late in May – Russian mediaAdmitting that it’s not yet clear in which direction the relations between the U.S. and Russia will go, Tillerson said that “if we find space where suddenly we feel we can begin to rebuild some level of trust – because today there’s almost no trust between us… Can we build some level of trust, we got a long list of things to work on, from our arms agreements… initiatives we have with our nuclear arms agreements; to obviously getting to Ukraine, Crimea, and other places where Russia is not being particularly helpful today. So that’s what we’re hoping is that we can begin to build a way in which we can learn how to work with one another. I don’t know whether we can or not. We’re going find out.”

If you see a spelling error on our site, select it and press Ctrl+Enter
Tags:RussiaUkraineUSATillersontrust