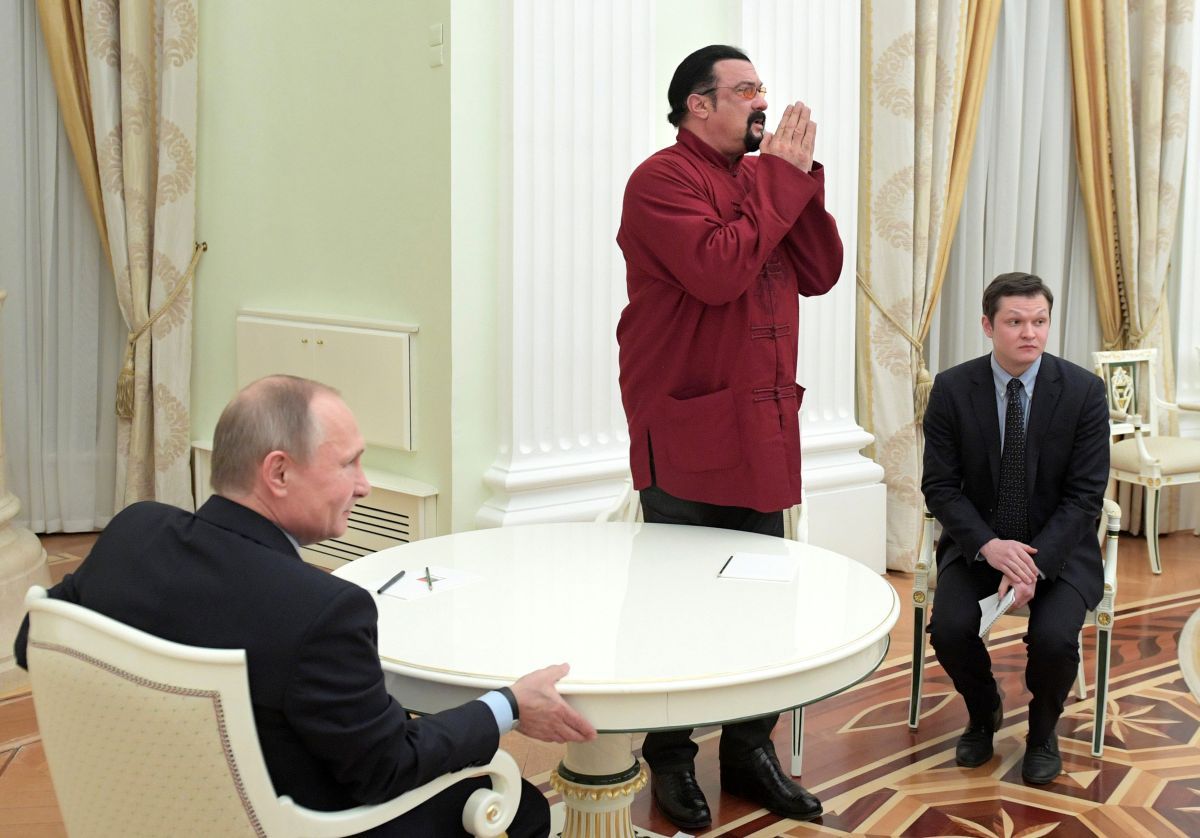 The agency noted that the entry ban effective until 2021 was introduced in order to ensure the protection of the country’s national interests.

As reported earlier, the Hollywood actor was granted Russian citizenship by President Putin, with whom the actor met personally in Moscow.

Read alsoReuters: Putin presents Russian passport to Hollywood actor SeagalSeagal has also visited the annexed Crimea, where he supported the annexation of the peninsula by Russia, which was widely covered in Russian propaganda media.

Read alsoRussia's Eurovision participant Samoilova banned from entering UkraineA 65-year-old actor was also branded an advocate of Russian invaders and pro-Russian terrorists in Donbas. In August 2014, during his speech at a biker convention held in the occupied Crimea, he expressed support for the separatists in Ukraine, holding on stage the flag of the self-styled pseudo-republic "DPR," and even performed its "anthem."

If you see a spelling error on our site, select it and press Ctrl+Enter
Tags:UkrainePutinoccupiedCrimeaentrybanDonbasmilitants