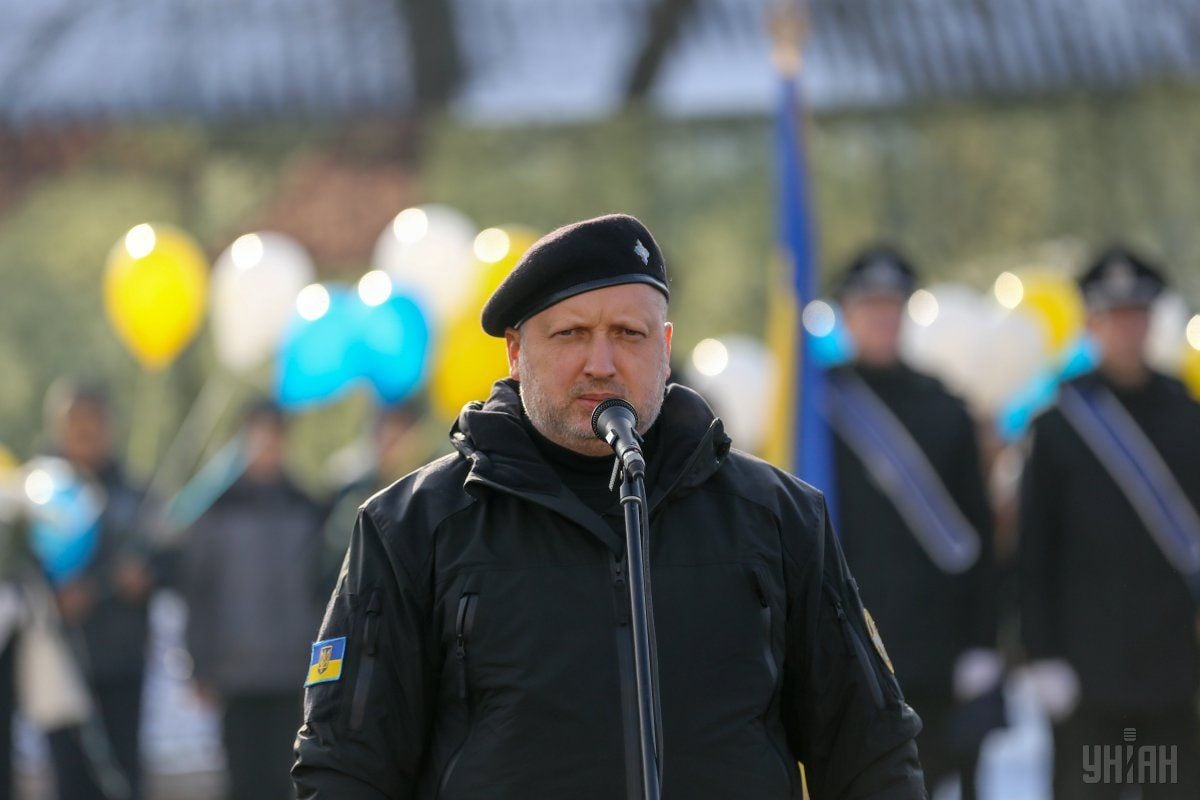 "We remember and honor all the heroes who gave their lives defending Ukraine from fascism and Stalinism! Over fourteen million Ukrainians were burned in the crucible of this terrible war. They perished at the fronts, died of starvation and diseases, were taken out from their Homeland...," Turchynov said, the NSDC's press service reported.

Read alsoUkraine celebrates Day of Remembrance and Reconciliation (Video)After decades of peace, fighting has once again waged in Ukraine, Crimea is occupied because of the aggression of the Russian Federation, the East of our country is burning, Turchynov stressed.

"The parallels between the events in Europe in the late thirties of the previous century and the present are obvious: the behavior and motivation of the aggressor at all times remain the same. It is impossible to appease, and the civilized world must decide whether to wait for the aggressor's next step or to stop it. We gave an answer to this question long ago. This war has also become Patriotic for us because we are defending our Homeland, our Ukraine," he said.

"I am confident that we will honorably come our way – the way to victory! God is with us, Ukraine is with us, and the Victory will be with us!" Turchynov said.

If you see a spelling error on our site, select it and press Ctrl+Enter
Tags:TurchynovDay of Remembrance and Reconciliation