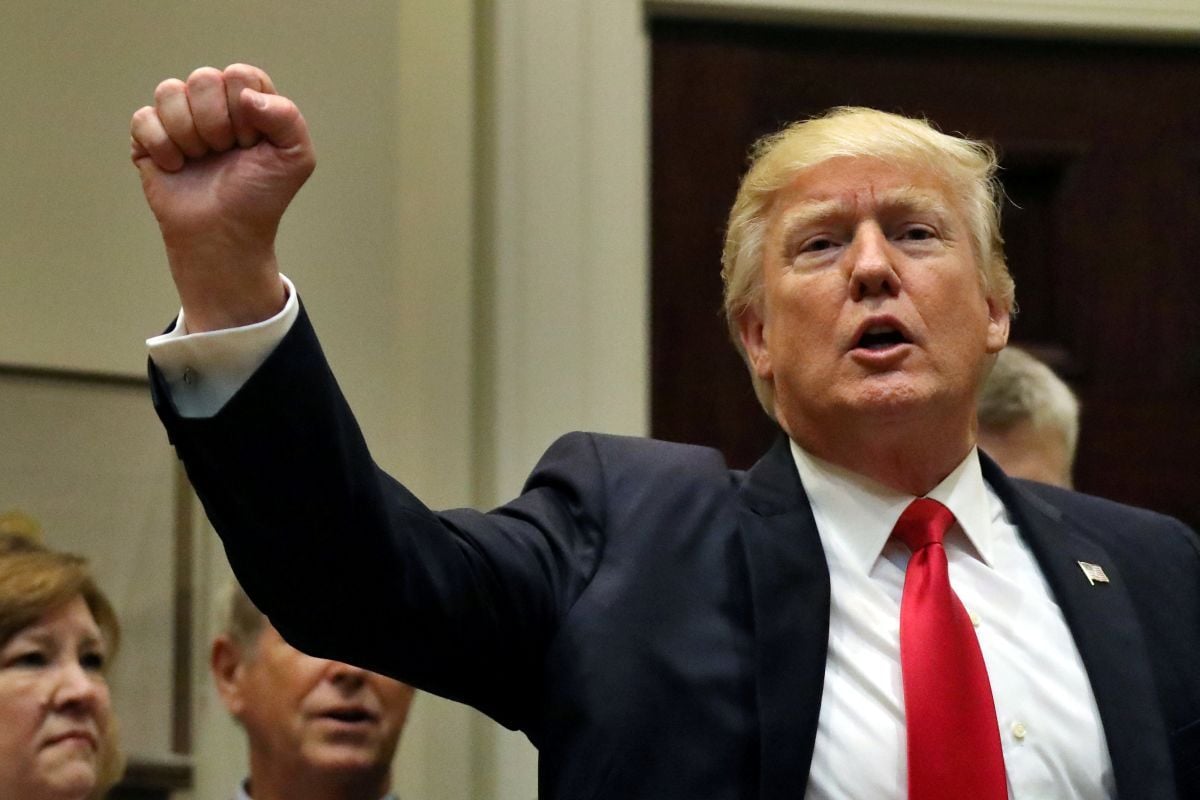 "Yesterday, on the same day – I had meetings with Russian Foreign Minister Sergei Lavrov and the FM of Ukraine, Pavlo Klimkin. #LetsMakePeace!" he tweeted on May 12.

Yesterday, on the same day- I had meetings with Russian Foreign Minister Sergei Lavrov and the FM of Ukraine, Pavlo Klimkin.#LetsMakePeace! pic.twitter.com/SPiIrJqI6G

As UNIAN reported earlier, Trump first met with Lavrov, then with Klimkin. The focus was the war in Donbas caused by Russian aggression in Ukraine's east.

"The President spoke with the Foreign Minister [of Ukraine] and reaffirmed U.S. support for Ukraine and his desire to work with our Ukrainian partners to peacefully resolve the conflict," the White House reported after the meeting with Klimkin.

At the same time, as U.S. Department Spokesperson Heather Nauert said, "sanctions on Russia will remain in place until Moscow reverses the actions that triggered them."

If you see a spelling error on our site, select it and press Ctrl+Enter
Tags:RussiaDonbasUSATrumpKlimkinLavrov