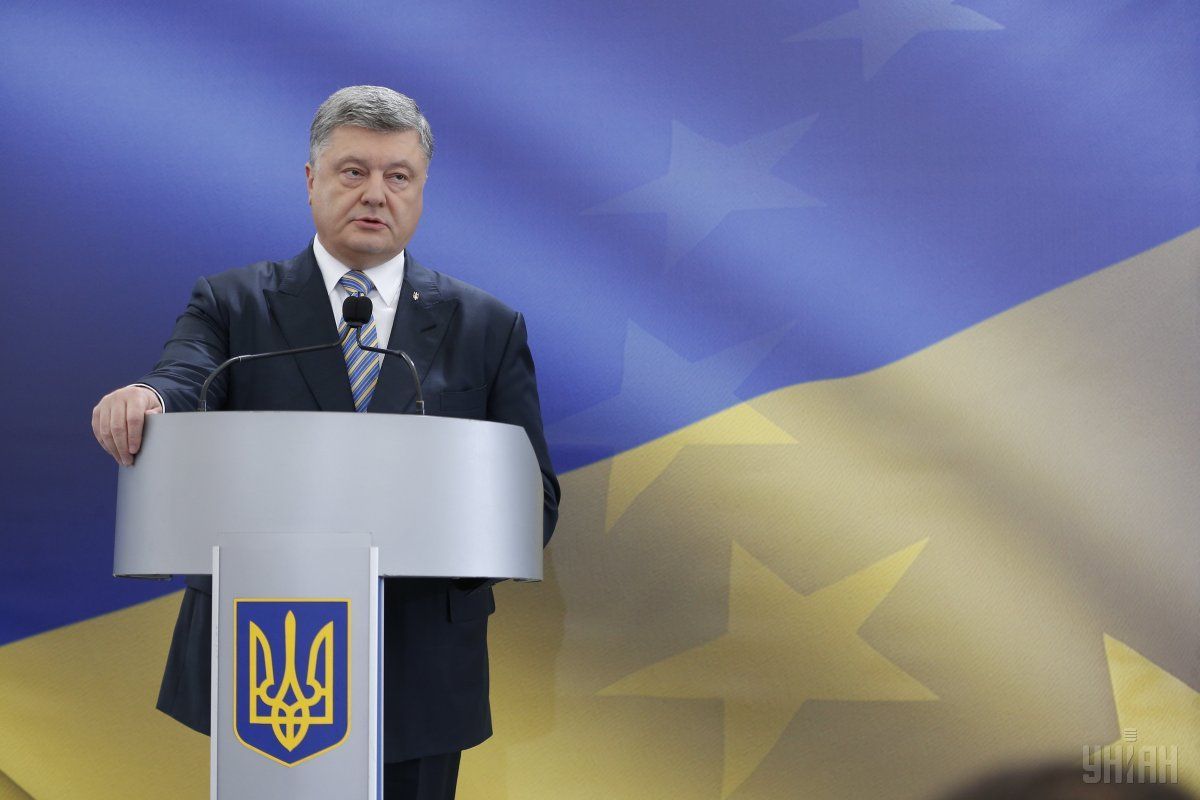 "I am confident that we are speaking of an event of deeper symbolic meaning. It is a giant step towards Europe, towards the assertion of human freedom and independence of our state," the president said, his press service reported.

According to the president, another important consequence of the visa-free regime introduction is Ukraine's withdrawal from the circle of the so-called post-Soviet states and its deeper involvement in the European common civilization.

"Now, only insane may consider Ukraine part of the so-called "Russian world". As I have already said, Ukraine is part of united Europe, from Lisbon to Kharkiv. We share common values. And at the same time we preserve our national identity," the president emphasized.

Read alsoPoroshenko: Ukraine's heading on European and Euro-Atlantic integration remains invariablePoroshenko outlined the first practical results of the introduction of the simplified regime, particularly over 3.3 million Ukrainian citizens have already received biometric passports and can cross the border without visas. He also noted that in 2016, Ukrainians crossed the EU-Ukraine border more than 15 million times.

"Ukraine is open to the world. The world is open to Ukraine and the degree of freedom increases. The more Ukrainians see Europe, the stronger and more irreversible our European choice will be," Poroshenko said, adding that today one of the most important tasks for the government is cheapening the cost of travel for Ukrainians. In this context, he noted that "Ukrzaliznytsia" establishes the connection with the EU member-states and the Ministry of Transport and Infrastructure attracts several foreign low-cost airlines that will ensure relatively cheap, more affordable air flights. This has also forced national companies to lower prices of tickets to Europe significantly, he added.

According to Poroshenko, Ukrainian citizens have an opportunity to travel to 52 countries with which the visa-free regime has already been achieved. In June, 34 European countries will be added to this list. He also stated that the establishment of the visa-free regime with the EU paves the way to its liberalization with another 30 countries of the so-called "white Schengen list" that includes countries from Europe, Central and South America, the Persian Gulf and Asia. Respective negotiations pursuant to the President's instruction have been initiated in 2014 and they have been already completed with some of them. "We are waiting for the visa-free regime to enter into force and these arrangements will be implemented via the exchange of notes. Speaking of the rest of the countries, we are planning to complete the internal bilateral procedures shortly," he informed.

Answering the question about the opportunity to use the visa-free regime for Ukrainians who live in the temporarily occupied territory of Donbas and the illegally annexed territory of Crimea, the president said: "I sincerely believe they will be able to do that when Crimea and Donbas will return to Ukraine, under Ukrainian sovereignty."

At the same time, Poroshenko noted that "IDPs can use these benefits after the respective procedure." However, he emphasized that "we must be very responsible as regards any biometric passport the Ukrainian government issues."

If you see a spelling error on our site, select it and press Ctrl+Enter
Tags:PoroshenkoEuropevisafreetravel