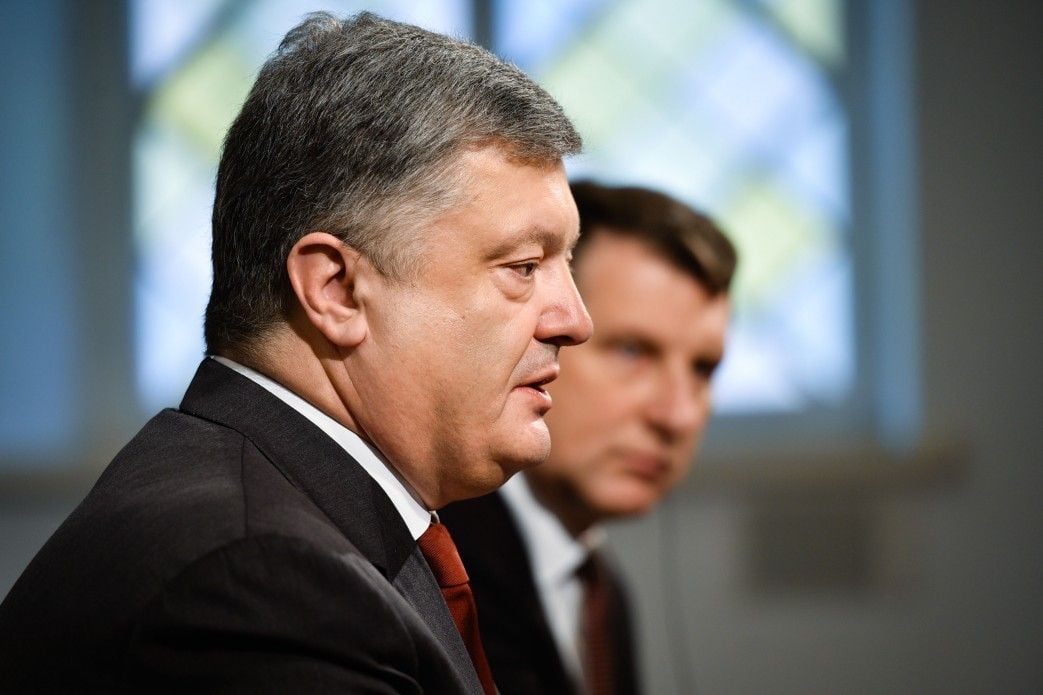 "We have confirmed our interest in continuing the Normandy format," Poroshenko said, the press service reported.

Poroshenko also said that newly elected President of France Emmanuel Macron would soon hold negotiations with the Chancellor of Germany to discuss the Normandy format and Ukraine.

The Ukrainian president recalled that Russia had recognized fake documents of the so-called Donetsk People's Republic ("DPR") and Luhansk People's Republic ("LPR") at the state level, seized property belonging to the Ukrainian state and individuals in the occupied areas in Donbas. Besides, the ruble zone in the occupied territories is being expanded. "There are many new conditions that must be taken into account in the Normandy format. And what do we require? We underline the necessity of approving the roadmap of the Minsk process – what and when must happen," he said.

He also said he hoped that understanding and sufficient reasons would be found for Russia so that the roadmap could be approved. "Only Russia hinders that. We do not see any constructive steps," Poroshenko stressed.

Russia continues its attacks on civilians in Ukrainian east. In this respect, Poroshenko mentioned the tragedy of May 13 in Avdiyivka when four civilians were killed as a result of shelling by Russia's hybrid military forces.

What is more, Poroshenko commented on the idea that it would be more efficient to involve the United States in the Normandy format. "I emphasize, they were involved and will be always involved, inter alia, during the work of the previous Administration. The names changes, but there was a diplomat with the rank of an ambassador who was fully informed about the entire content of negotiations in the Normandy format that were coordinated with our American partners," Poroshenko said.

Read alsoWill U.S. join Normandy formatThe president emphasized that the United States is not only a strategic partner of Ukraine but also a country that is a signatory to the Budapest Memorandum. "Of course, we count on a very powerful and efficient support of the U.S., inter alia, in the Normandy format," he noted. "It is planned to choose a special representative of the U.S. soon who will be responsible for coordination of actions with Ukraine," he added.

Poroshenko stressed that the Chancellor of Germany and the President of France represent the EU. "This format allows mobilization of global solidarity with Ukraine in countering the Russian aggressor," he said.

If you see a spelling error on our site, select it and press Ctrl+Enter
Tags:PoroshenkoMinskAgreementsNormandyformat