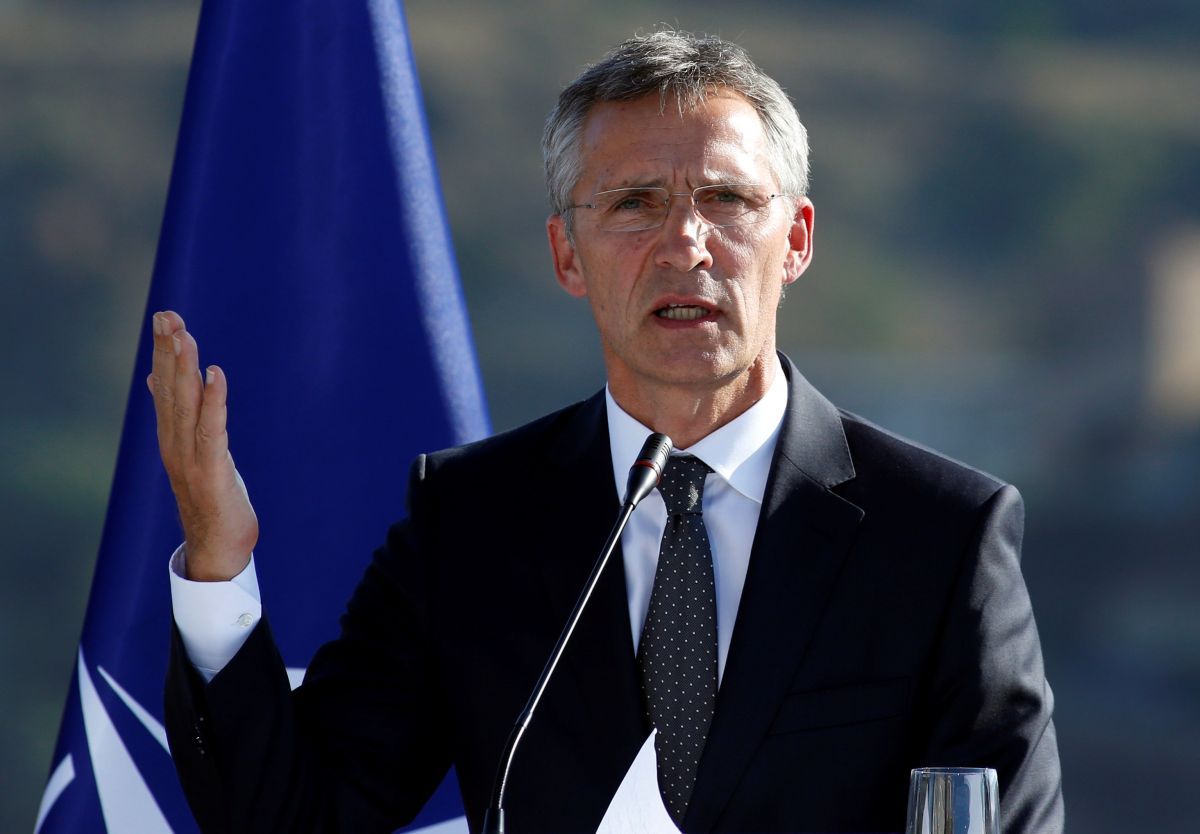 "I expect several allies, and especially France and Germany being in the Normandy format, to raise and also to brief all our allies on the implementation of the Minsk agreements," Stoltenberg said at a press conference ahead of the meeting of NATO heads of state and government.

Read alsoRussian spies seek EU recruits in fight clubs - media"We have to remember that one of the main reasons why NATO is implementing the biggest reinforcement of our collective defense and increasing our presence in eastern part of the Alliance... is because of Ukraine," he said.

"So, NATO has responded and we support also the economic sanctions of the European Union and the United States and other countries."

Read alsoAmericans roll out Ukrainian tanks for Combined Resolve exercise"We are concerned about the lack of implementation of the Minsk agreements. We have seen many-many violations of the ceasefire and we have seen that heavy weapons are not being withdrawn from the contact line," Stoltenberg stressed.

"We are in particular concerned that the international monitoring mission, the OSCE monitors are not allowed to operate. And recently we saw that one of them was killed and several were wounded. And this is really hampering the efforts of the OSCE to be able to monitor the Minsk agreements, the ceasefire, which is key to the implementation of the Minsk agreements," he said.

If you see a spelling error on our site, select it and press Ctrl+Enter
Tags:UkraineNATORussianAggressionEuropeanUnionStoltenberg