Lutsenko in parliament: May 9 brawls in Dnipro sponsored by Opposition Bloc 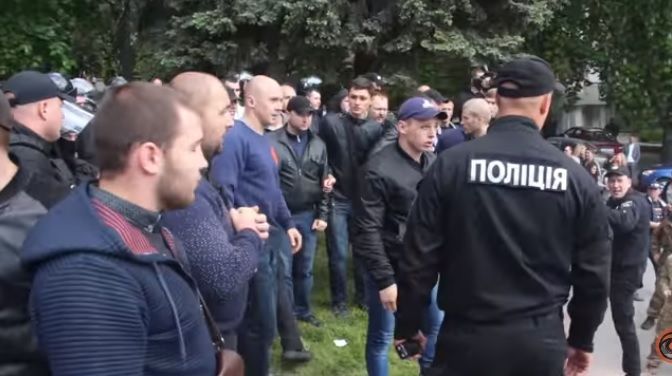 It was "a shameful situation when police officers acted together with titushkis to physically remove the veterans of the ATO [Anti-Terrorist Operation in Donbas]," Lutsenko said at a meeting in Parliament on Wednesday.

According to him, there were 250 hired thugs.

Read alsoInterior Minister slays heads of Dnipro PD following May 9 messOne of the detainees is cooperating with investigators; he said and added that he hopes that some more suspects will also cooperate.

Addressing Member of Parliament from the Opposition Bloc Oleksandr Vilkul, Lutsenko said: "Dear sir, the leader of the Opposition Bloc, I've got bad news – they [titushkis] were all instructed, organized and sponsored by Mr.Vilkul and Mr. [Mykola] Kolesnik in person at your headquarters in Dnipropetrovsk region."

In his words, there is footage "showing them coming to the office together." There is also information gathered by court-sanctioned wiretapping, "which proves the same thing."

Lutsenko said that "certain legal steps" need to be taken to strip Vilkul of parliamentary immunity and called on him to help the investigation.

Read alsoPGO launches probe into possible conspiracy between Dnipro police, "titushky"As UNIAN reported, massive brawls between members of the Opposition Bloc Party, the Socialist Party and Donbas war veterans were reported on May 9 during a rally marching to the Monument of Glory in Dnipro with the involvement of police. Several war veterans were injured in the clashes. One of them with a serious injury to the head was taken to hospital.

Fifteen men were detained by the police. Fourteen people, including six police officers, were reported to have been injured.

Seven people were arrested on charges of disruptions of public order in Dnipro on May 9.

Lutsenko's press secretary Larysa Sargan announced on May 11 that MP Vilkul had been interviewed by prosecutors from Dnipropetrovsk region as a witness in the May 9 case.

If you see a spelling error on our site, select it and press Ctrl+Enter
Tags:ATODniproinvestigationLutsenkoVilkulveterans