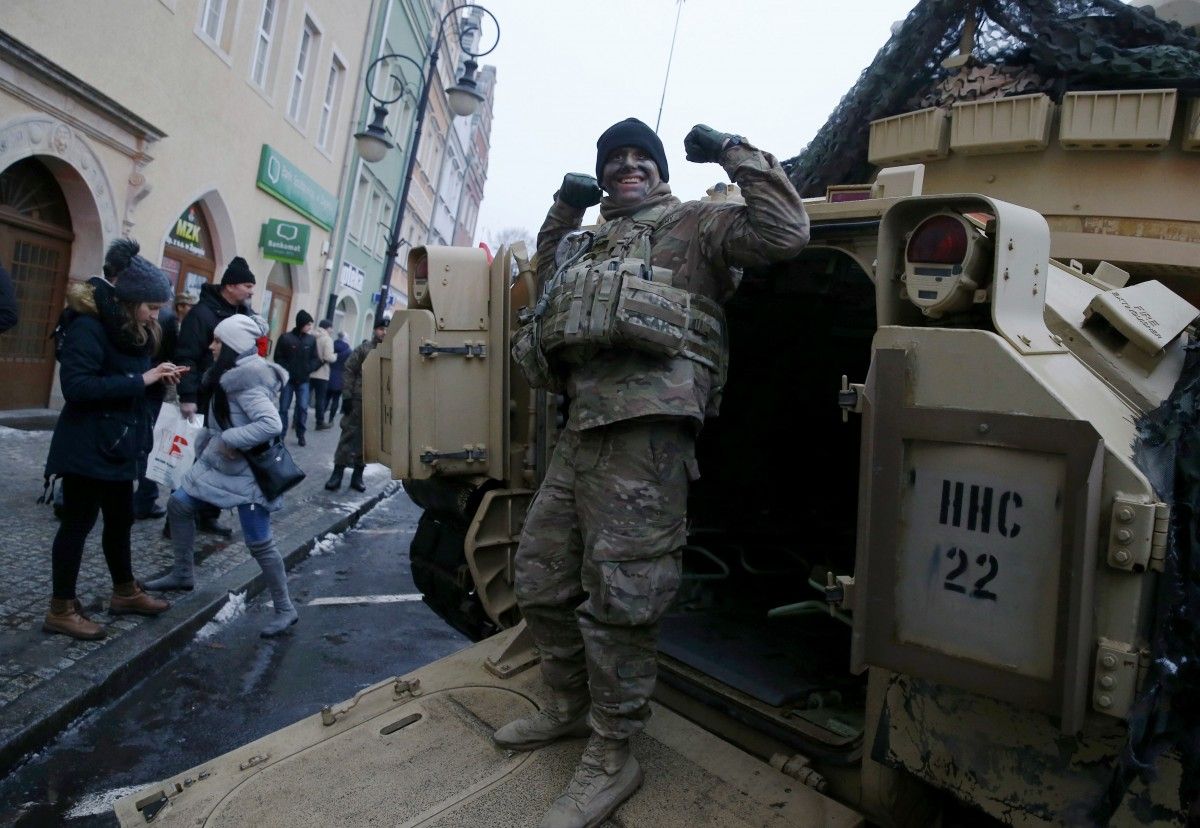 A NATO soldier in Poland / REUTERS

He announced this at the NATO Parliamentary Assembly's 2017 Spring Session in Tbilisi, Georgia, on Monday, May 29.

"Putin's Russia can only be stopped by joint, concerted actions," Parubiy said: "Russia will stop only where it is stopped."

In his opinion, "to date, there is no international organization in the world, except NATO, which is capable of doing this." "Only a strong, enlarged Euro-Atlantic Alliance [could do this], and there is no alternative to this, because every day the Kremlin creates new global security challenges not only in Europe, but in other parts of the world, as we could see in Syria," Parubiy added.

Read alsoNATO PA speaker: Nobody will fight for Crimea; sanctions seen as best optionThe Ukrainian parliament's head says that "Putin's Russia today is the number one threat to the global security of the whole world," listing Russia's aggression against Ukraine and Georgia, interference in the internal affairs of Montenegro; meddling in the elections in the United States, France and Germany, as well as cyberattacks on state agencies and political parties.

All these attempts are only part of the "neo-imperial strategy to destroy free nations' common space," he said.

Read alsoNATO PA's 2017 Spring Session: Members' defense begins in Ukraine"All this is aimed at destroying unity within NATO, igniting conflicts in the middle of Europe. These measures are aimed at driving a wedge between Europe and the United States of America," Parubiy said.

As UNIAN reported, Parubiy is on a visit to Tbilisi, where he is participating in the NATO PA 2017 Spring Session on May 26-29. The agenda of the speaker's visit also includes bilateral and tripartite meetings, in particular, with the NATO PA's president and the Georgian parliament's speaker.

If you see a spelling error on our site, select it and press Ctrl+Enter
Tags:NATORadaRussianAggressionParubiyParliamentNATOPATbilisi