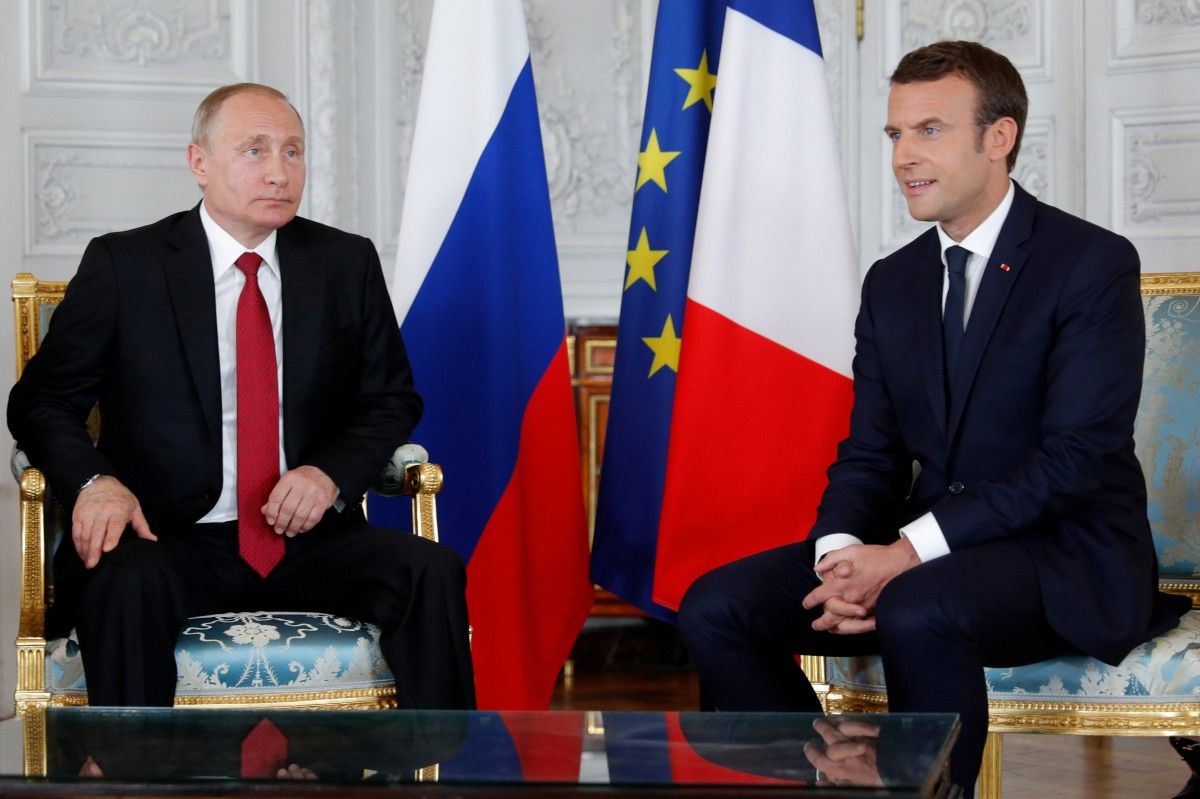 Answering an UNIAN correspondent’s question on whether the two leaders discussed the fate of Ukrainian journalist Roman Sushchenko and other Ukrainians illegally detained in Russia, Dmitry Peskov said: "Specific issues have not been raised, [the talks] were generally about the Ukraine settlement, the need to intensify the settlement process, assess the reasons for the current slip, and look together whether anything can be done at all to break the stalemate," said Peskov.

Read alsoMacron says Minsk agreements only way to resolving Donbas crisisAs UNIAN reported earlier, on the eve of the Macron-Putin meeting, families of illegally detained Ukrainian political prisoners in Russia appealed to Macron to channel to his Russian counterpart the demand to release all political hostages.

After the talks, Emmanuel Macron said he wanted to hold a Normandy Four meeting on Ukraine. The French president noted that during the negotiations with Vladimir Putin, the Ukrainian theme was discussed “at length.” Macron added that the conversation concerned the so-called Minsk process.

If you see a spelling error on our site, select it and press Ctrl+Enter
Tags:PutinPeskovtalksMacronFreeSushchenkopoliticalprisoners