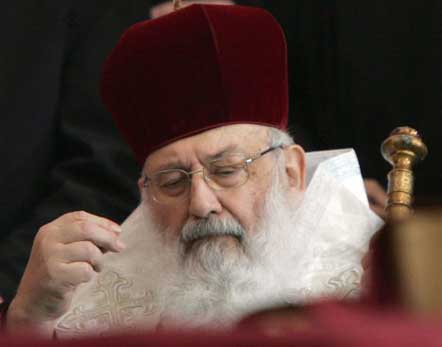 He was the major archbishop emeritus of the Ukrainian Catholic Church, a minority church in Ukraine but the largest sui juris Eastern church in full communion with the Holy See.

Born in Lviv, Husar fled with his parents in 1944 during World War II. They briefly lived in Salzburg, Austria, then emigrated to the United States in 1949.

On March 30, 1958, he was ordained a priest for the Ukrainian Catholic Eparchy of Stamford.

After the transfer of the see of Lviv to Kyiv in 2005, he was the Ukrainian Catholic Major Archbishop of Kyiv-Halycia.

In February 2011 he became Major Archeparch Emeritus after he resigned due to health issues.

If you see a spelling error on our site, select it and press Ctrl+Enter
Tags:death