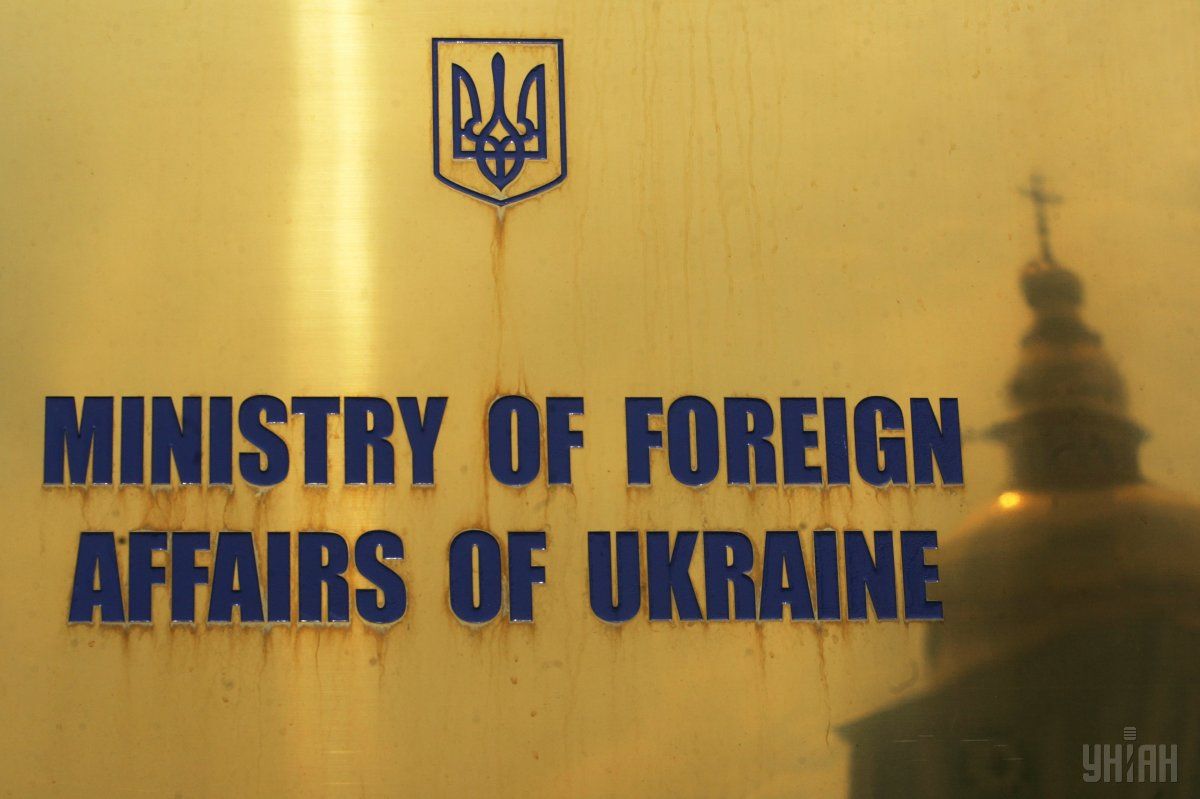 In connection with this gross violation of Ukrainian legislation and international law, the Ministry of Foreign Affairs of Ukraine expresses its strong protest, the comment reads.

"We consider this and other such so-called ‘visits’ by the leadership of the Russian Federation as the Kremlin's demonstrative disregard for Ukraine’s national sovereignty, the UN Charter, UN General Assembly resolutions "Territorial Integrity of Ukraine" A/Res/68./262 of March 27 2014, "The State of Human Rights in the Autonomous Republic of Crimea and Sevastopol (Ukraine)" A/Res/71/205 of December 19 2016, the Baku Declaration and resolutions of the Parlamentskoy Assembly of the OSCE, obligations under bilateral treaties and other rules of international law," the Ukrainian diplomats said.

Read alsoMFA Ukraine confirms Italian MEP’s unauthorized visit to occupied LuhanskIn this regard, the note of protest was delivered to the Ministry of Foreign Affairs of the Russian Federation.

As UNIAN reported earlier, Russian military in Crimea conducted a snap check of combat readiness of the air force units located on the occupied peninsula, scrambling Su-27 fighter jets in a drill.

If you see a spelling error on our site, select it and press Ctrl+Enter
Tags:CrimeaprotestMFAUkraine