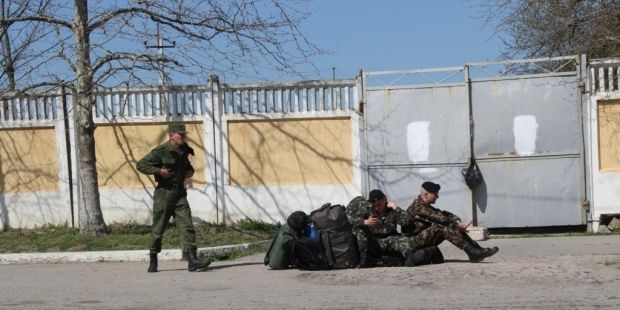 The Marines of the Caspian Flotilla have begun an active phase of tactical training at the Opuk firing ground on the Black Sea coast in the eastern part of the Crimean peninsula, Interfax reports.

Personnel of the Marine Corps subdivision fulfills the task of equipping firing positions, maneuvering between areas of live force concentration, setting up the positions' security and defense systems.

Read alsoUkraine adequately reacts to Russia's snap combat readiness drills on bordersLater, the Marine Corps units of the Caspian Flotilla will be transferred to a combined-arms training ground in Dagestan, the report says.

If you see a spelling error on our site, select it and press Ctrl+Enter
Tags:RussiadrillsCrimeaoccupationMarines