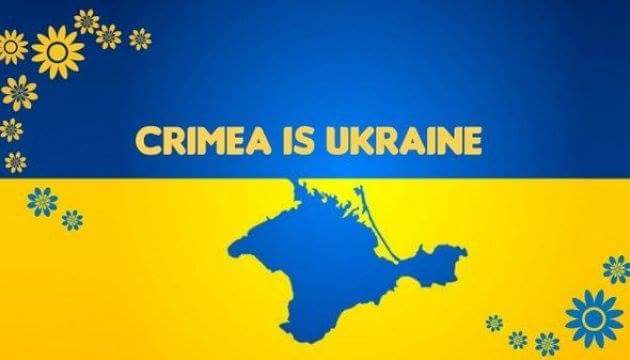 "Crimea is Ukraine. Despite the provocative @MailOnline article, it achieves nothing & it would not assist Mr Putin in increasing his public fans or even avoiding the tougher Western sanctions till the time he chooses the path of return[ing] Crimea and de-escalation [of the] situation in eastern Ukraine," the embassy tweeted its comment on Tuesday, June 13.

"We remind to 'Daily Mail' and all Kremlin's mouthpieces that the whole civilized world imposed sanctions on Russia as punishment for its 'land grab' of Crimea," the embassy said.

"We are clear. #Crimea is #Ukraine. And any breaches of international law will result in penalties," it said.

Read alsoNavalny promises withdrawal of Russian troops from Donbas, fair referendum in CrimeaThe Embassy urged The Daily Mail to remind its readers about the U.K.'s strong position on Crimea and that sanctions against Russia remain unchanged.

The Embassy stressed that Britain was one of the first states who condemned shortly the bill signed by Russian President Vladimir Putin to "absorb the peninsula into Russia."

Under Ukrainian law, all acts operated by the Russian authorities on the temporarily occupied territory of Crimea, including all air and sea ports, are illegal, it said.

As UNIAN reported earlier, the British daily middle-market tabloid newspaper, The Daily Mail, mentioned Ukraine's Crimea annexed by Russia in March 2014 as Russian territory in a June 12 article about a World War Two bomb explosion in the Russian-occupied city of Sevastopol.

If you see a spelling error on our site, select it and press Ctrl+Enter
Tags:RussiaCrimeaUkraineUnitedKingdomembassy