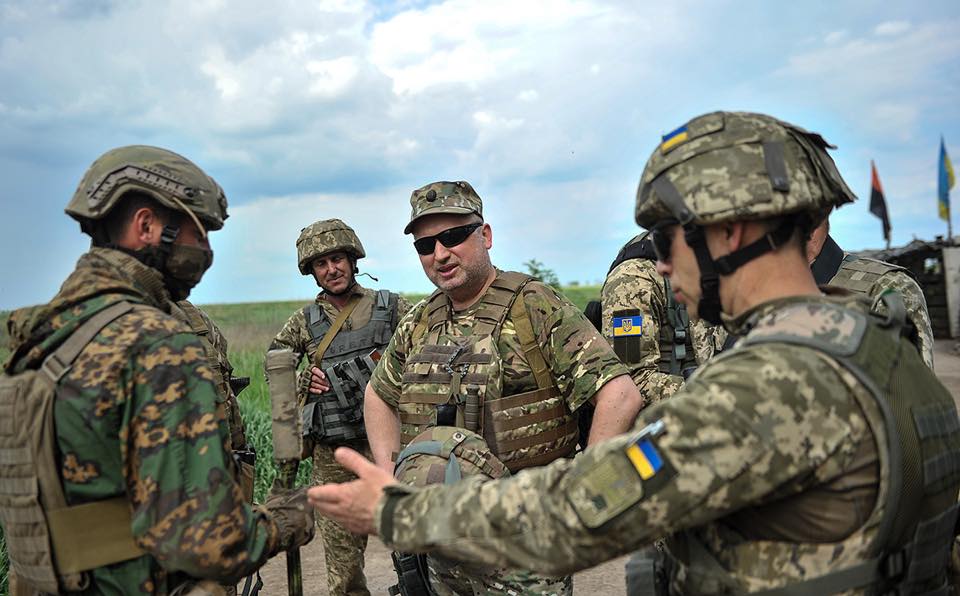 "The concept is being discussed right now, and this is the right approach to initially determine the law's main positions," said Parubiy, who also participated in the meeting, Hromadske reported.

"Actually, this is a change in status, recognition of the occupied territories as formally occupied ones and most importantly is the definition of legal prerequisites for conducting hostilities and military operations so that this law give such a legislative right for the commander-in-chief and the National Security and Defense Council," he said.

According to Parubiy, the text of the bill is not ready yet and it is only a concept.

Read alsoSome 200,000 Russians to leave Crimea after de-occupation – ChubarovTurchynov suggested that not only uncontrolled areas in Luhansk and Donetsk regions should be designated as Russian-occupied territory, but also laws should be passed to stipulate the state policy to liberate them.

This requires new effective regulations of protecting Ukraine from the aggressor, he said.

Among them is to legislatively empower the president to use the Armed Forces of Ukraine and other law enforcement formations to counter Russian aggression.

Turchynov also advocated the creation of an operational headquarters with broad powers for the integrated management of the armed forces, all law enforcement units and structures, including military and civilian administrations.

If you see a spelling error on our site, select it and press Ctrl+Enter
Tags:DonbasbillTurchynovdeoccupation