Poroshenko after meeting with Trump: We receive strong support from U.S. 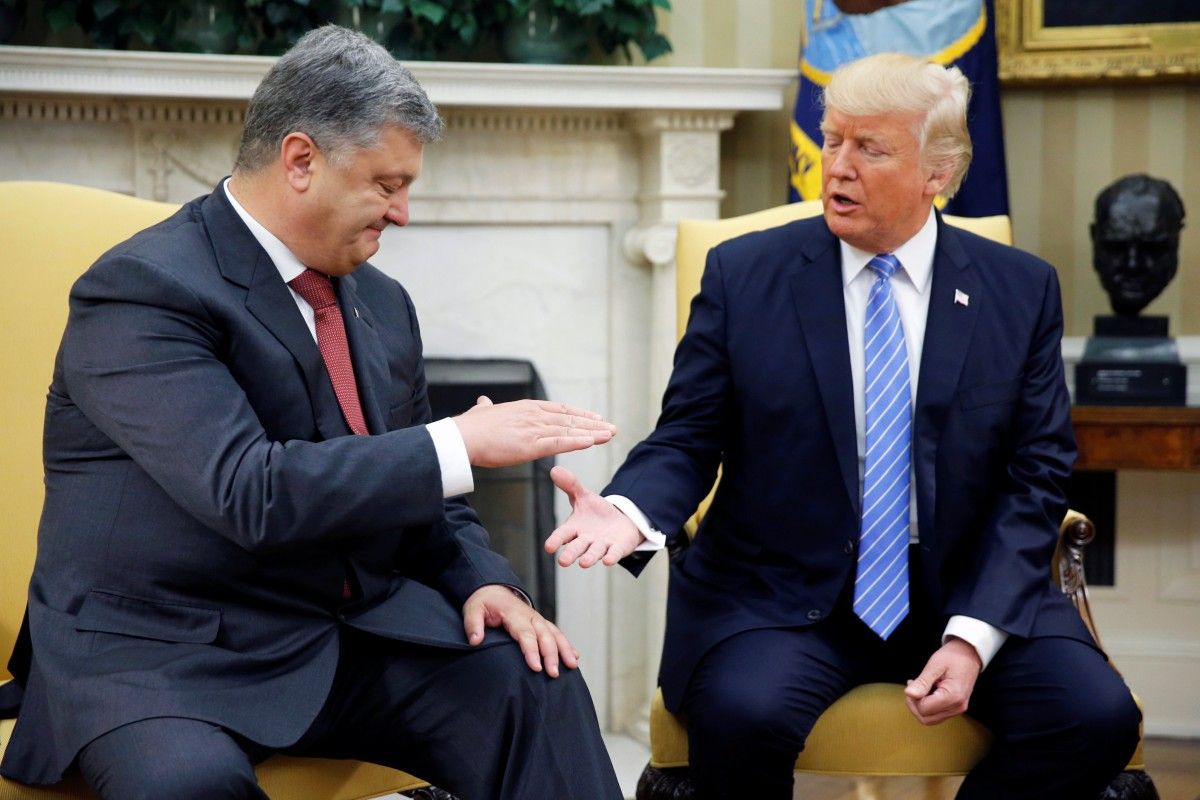 "We received strong support from the U.S., support for sovereignty, territorial integrity and independence of our state, as well as support for the continuation of reforms in Ukraine," Poroshenko said during the meeting with media representatives in Washington, the press service said.

He emphasized that the agenda of the meeting had been really broad and noted the U.S. support in the continuation of reforms in all sectors, including the energy sphere. He also said that the parties had discussed economic cooperation, particularly in the sphere of nuclear energy, oil and gas, purchases of American coal, continued cooperation on renewable energy sources etc.

"The agenda was really broad. I am fully satisfied with the results of the negotiations and grateful to President Trump, Vice President Pence and the Secretaries I met for a very strong support of our state," the president concluded.

Poroshenko also handed over the letters from the relatives of the Ukrainian hostages imprisoned in the occupied territories and Russia to the U.S. leadership. He was assured that the U.S. Administration would make efforts to liberate Ukrainian captives.

The president called it very important that today was the third anniversary of the ceasefire regime declared by him on June 20, 2014, as well as of the peace plan, which became the basis of the Minsk agreements.

He added that a "meaningful and detailed meeting" took place today and emphasized that the U.S. confirmed its commitment to the Minsk agreements. The president also stressed the necessity of full implementation of the Minsk agreements by Russia: ceasefire, withdrawal of Russian artillery, tanks, multiple launch rocket systems, unhindered access of the OSCE SMM to the entire territory including the border. 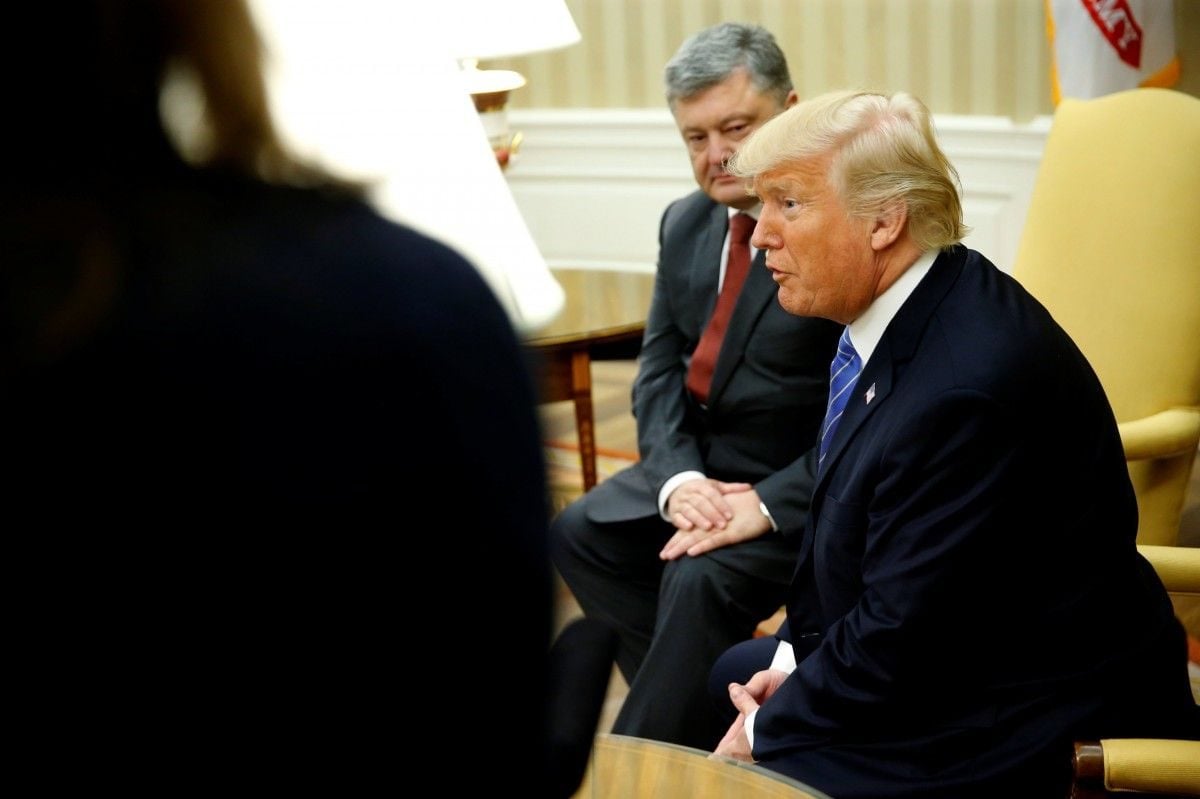 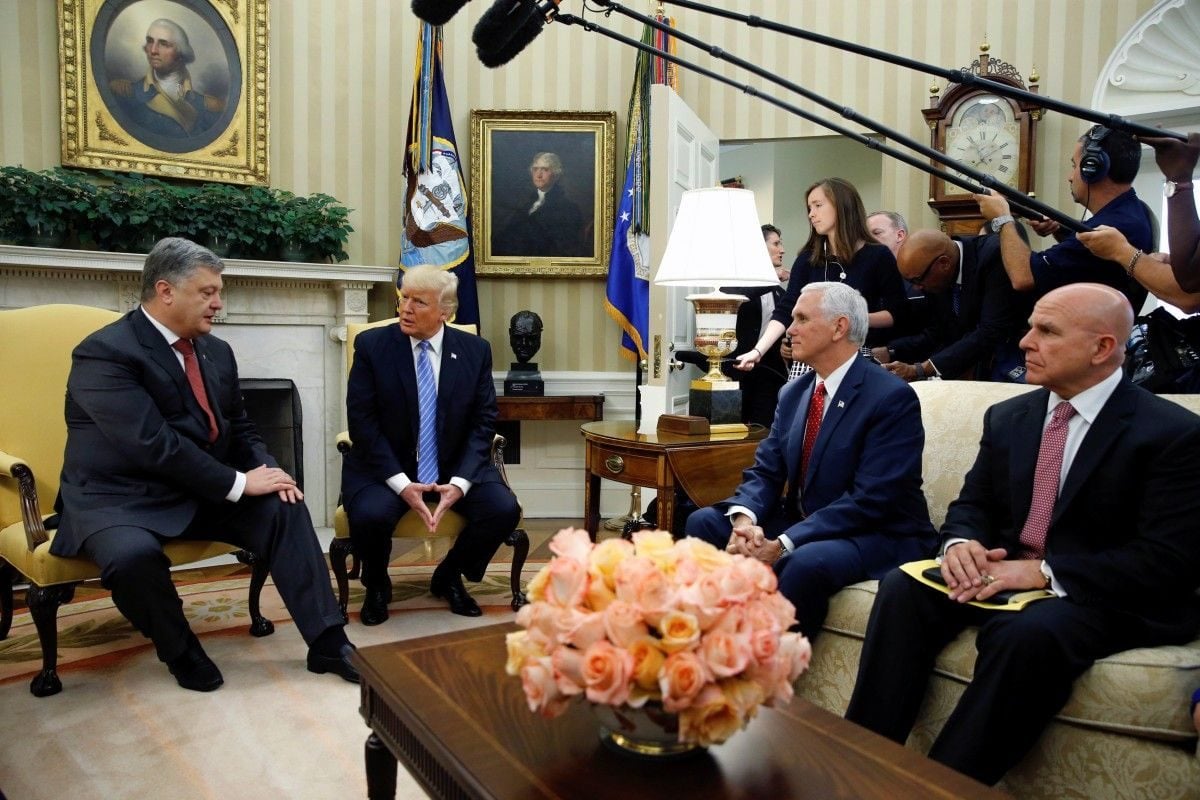 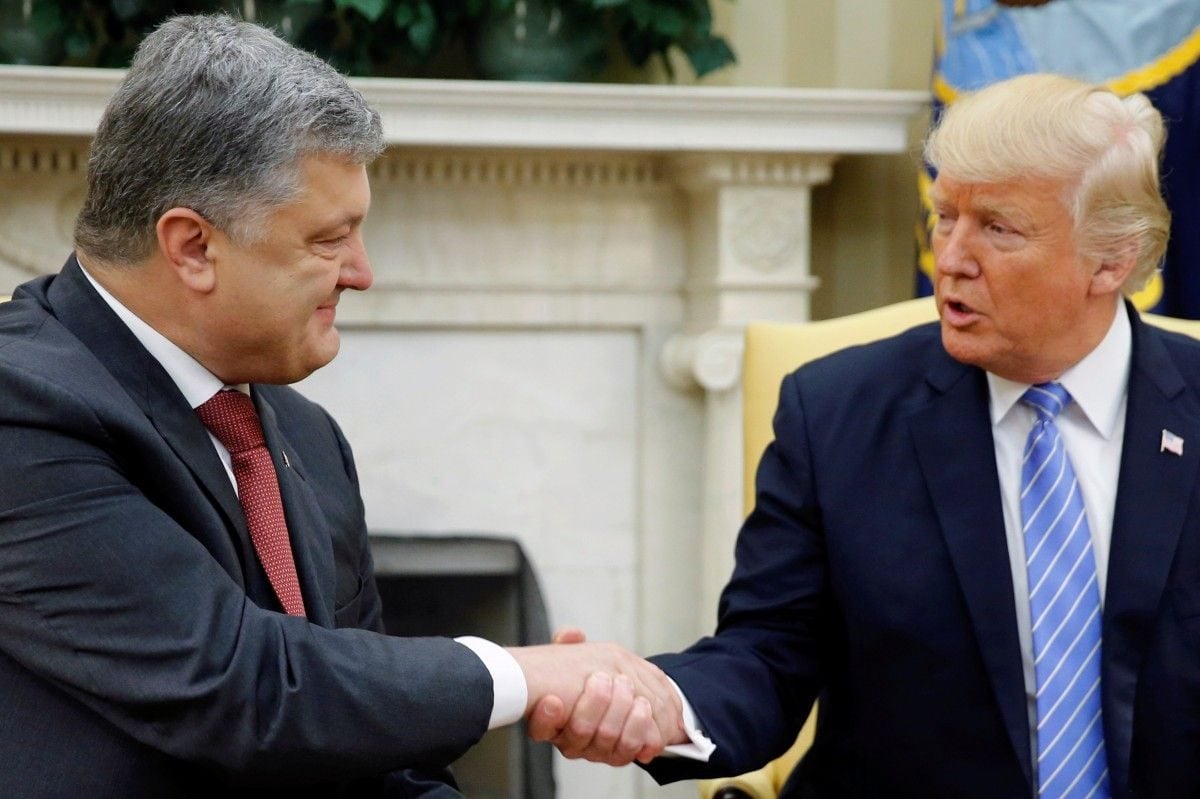 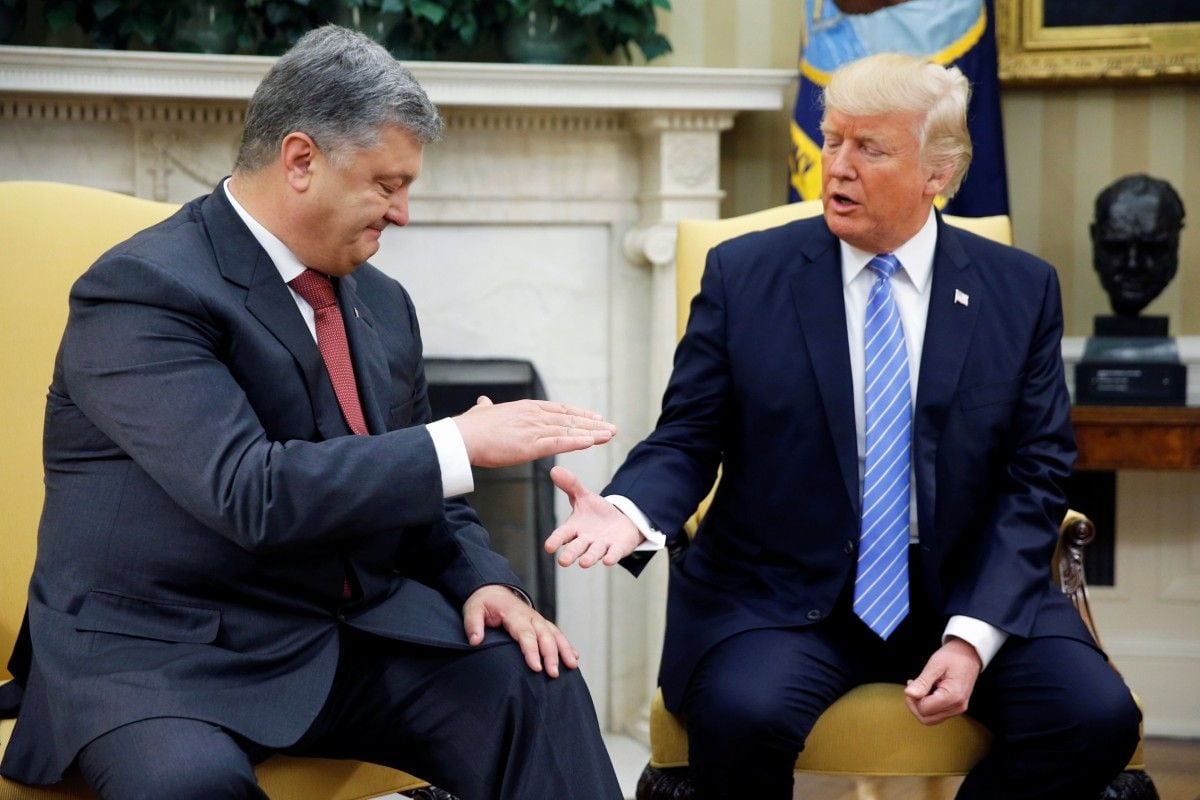 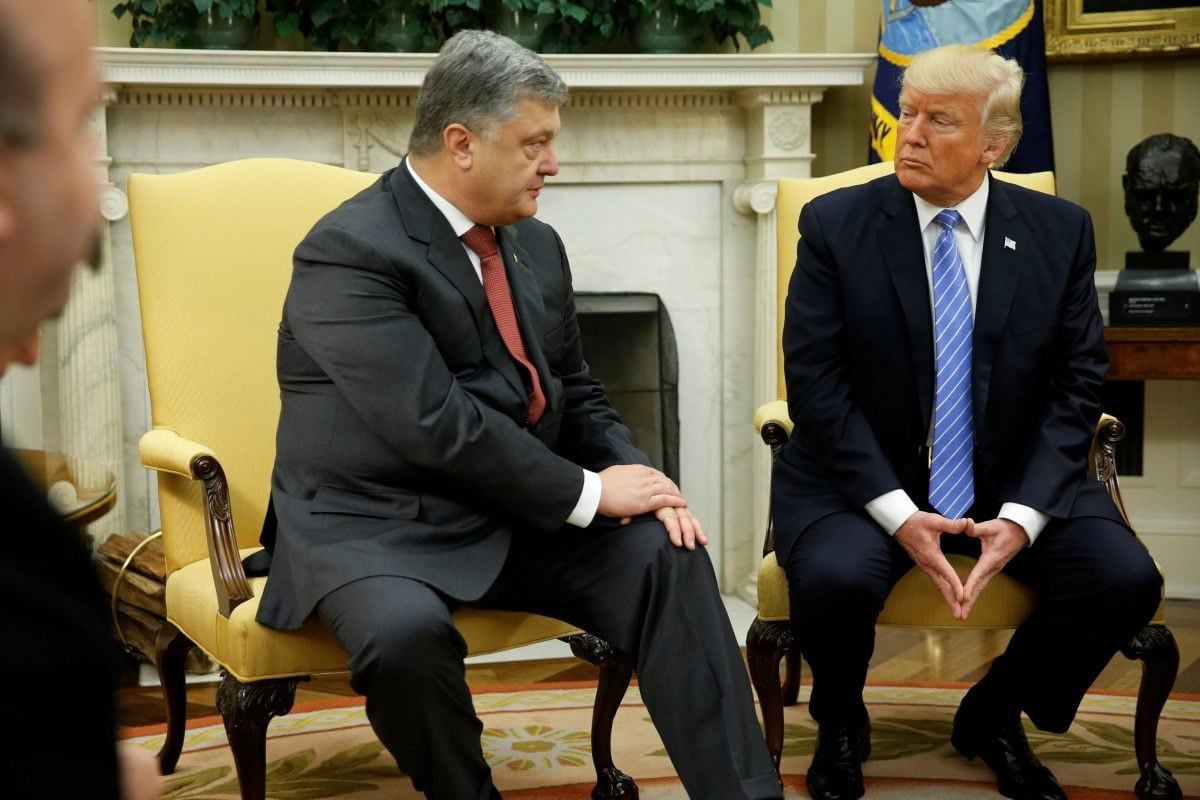 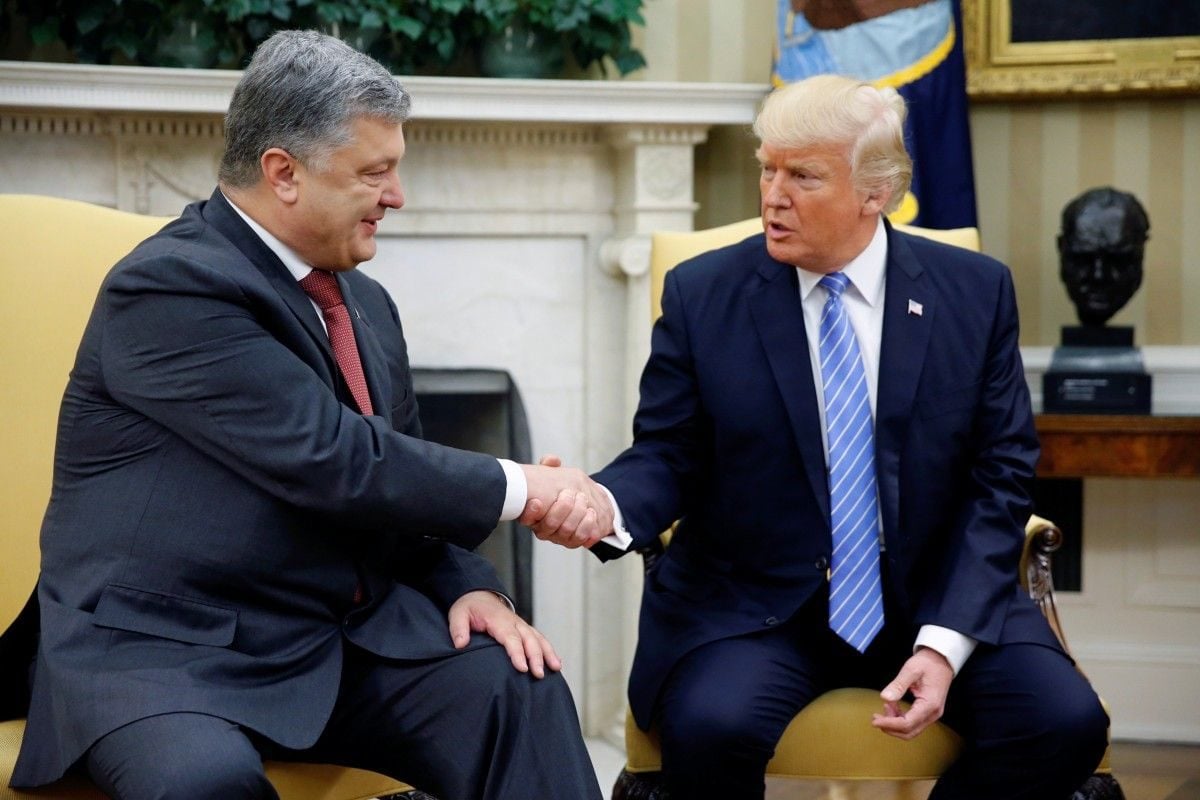 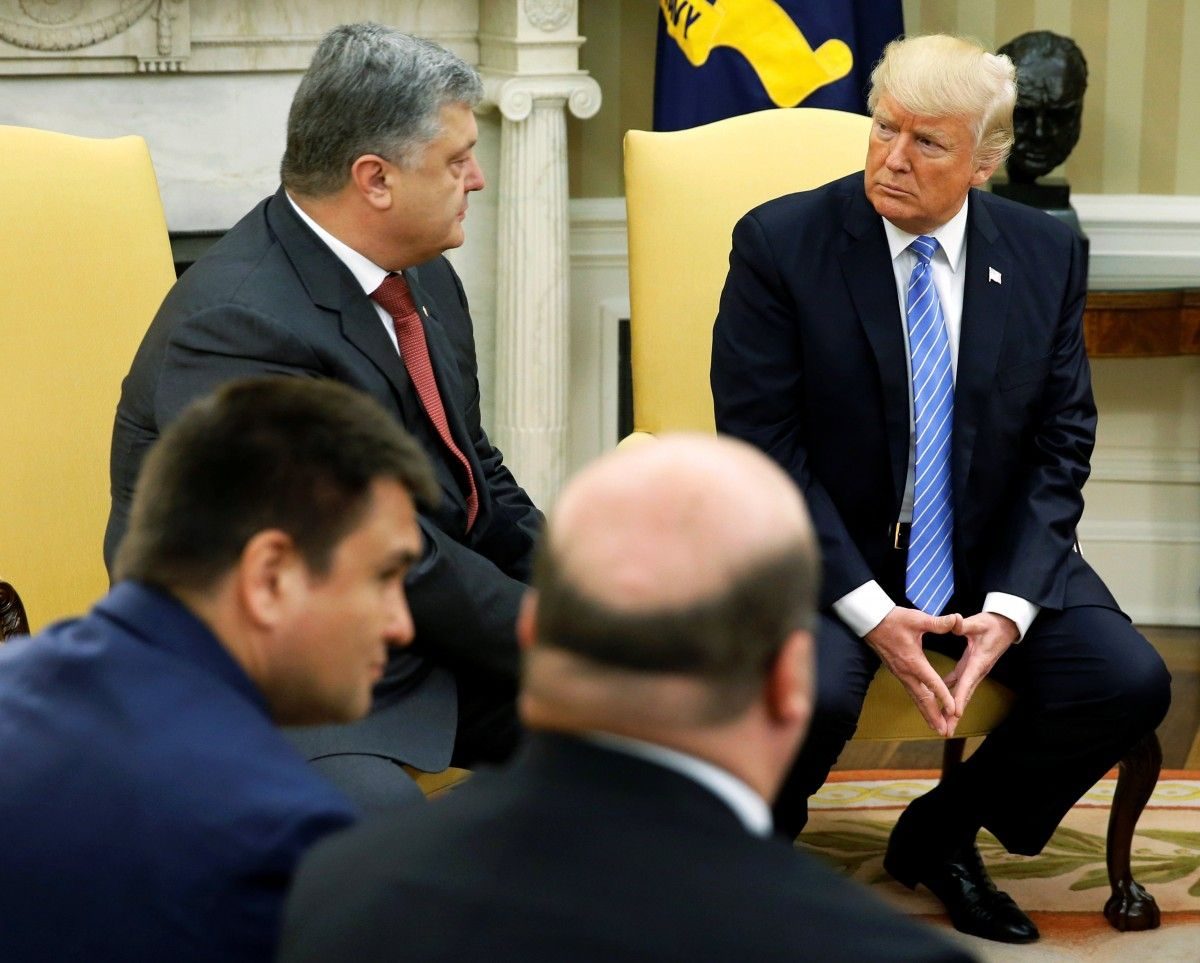 © REUTERS
If you see a spelling error on our site, select it and press Ctrl+Enter
Tags:PoroshenkoUkraineUSATrumpmeeting