Poroshenko discusses situation in Donbas with U.S. Secretary of Defense 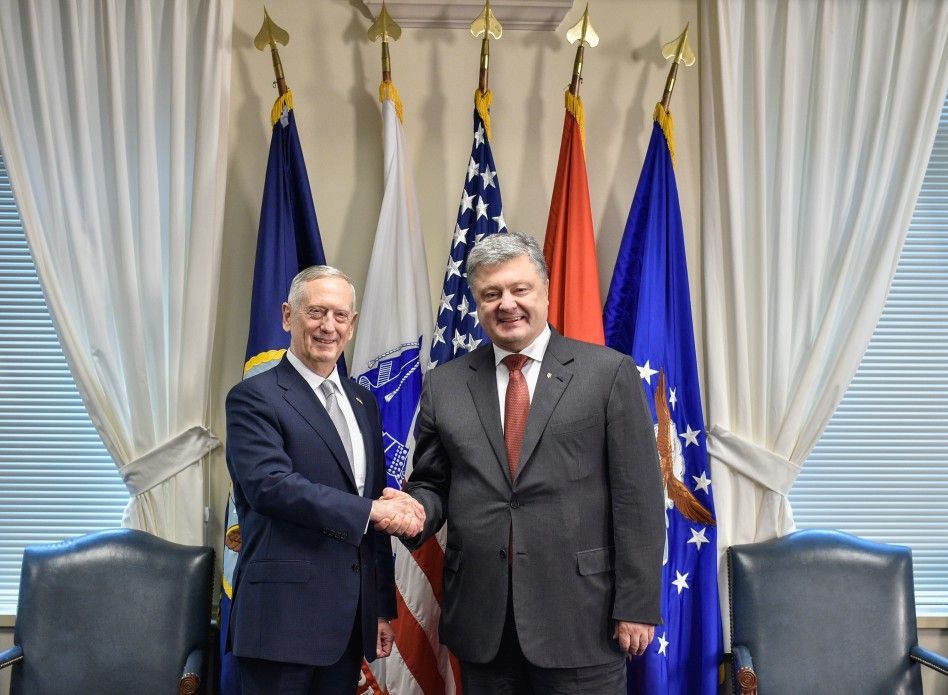 The president expressed gratitude for a strong and resolute support of Ukraine's sovereignty and territorial integrity by the United States and noted the importance of enhancing transatlantic unity and solidarity, the press service reported.

Poroshenko urged to keep a single international frontline in the policy of sanctions against Russia until the restoration of Ukraine's territorial integrity and sovereignty including Crimea.

He expressed gratitude for the important assistance of the U.S. in the enhancement of Ukraine's defense capability and resilience of the Armed Forces of Ukraine, as well as in the issue of rehabilitation of the Ukrainian servicemen.

Read alsoPentagon says plans to arm Ukraine evaluated on case-by-case basis – mediaIn turn, Mattis expressed full support for Ukraine and backed the prolongation of sanctions against Russia as the aggressor country. He noted the importance of compliance with commitments as regards ensuring the international order, sovereignty, territorial integrity and freedom.

"And even in the face of dangers from aggression, cyberattacks and more, a neighbor shredding trust, your country has shown a strong commitment to defend itself, and, frankly, against all odds. The United States stands with you. We support you in the face of the threats to sovereignty, to international law, or to the international order," the U.S. Department of Defense quoted Mattis as saying.

He noted the great progress of Ukraine in the sphere of defense and security, as well as the role of Chief of the General Staff of the Armed Forces of Ukraine Viktor Muzhenko in that issue.

The parties discussed the reinforcement of defense potential of Ukraine within the development of strategic partnership with the U.S. and the enhancement of bilateral cooperation in the defense sector.

Poroshenko noted that Ukraine and the United States had done a great job over the past three years. "We have created brand new Armed Forces of Ukraine together with our American partners," the president said.

He stressed that Ukraine continues developing its army even in the conditions of aggression. He added that the Ukrainian troops gained experience and can share it with American partners.

The president also emphasized the importance of expanding cooperation in the sphere of security and noted that Ukraine managed to preserve its territorial integrity, independence and sovereignty, inter alia, due to cooperation with the U.S., which is Ukraine's strategic partner.

The president invited the U.S. Secretary of Defense to visit Ukraine.

If you see a spelling error on our site, select it and press Ctrl+Enter
Tags:PoroshenkoMattis