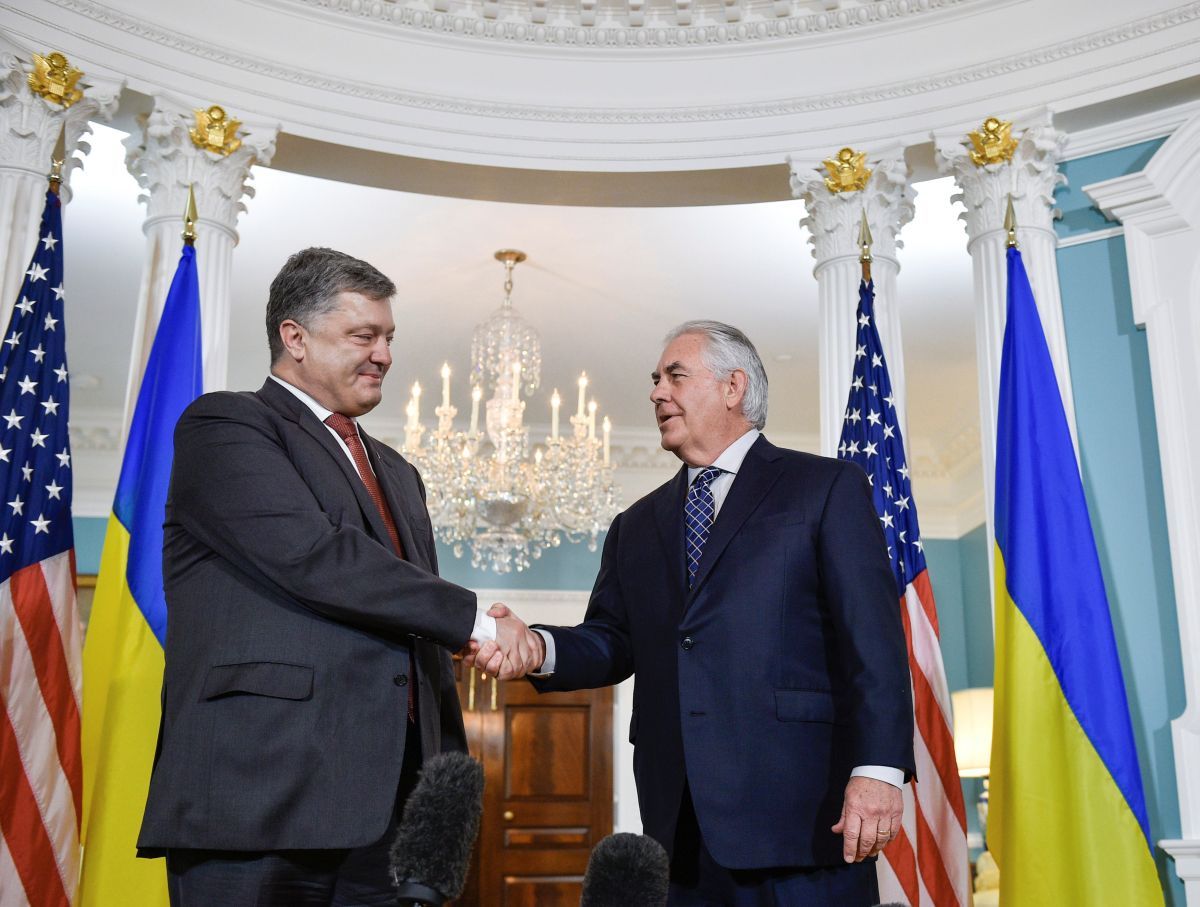 In this context, the president put forward proposals on the more active involvement of the U.S. in the peace process in Donbas. The parties agreed to continue consultations with a view to elaborate joint measures, the press service said.

The two officials also discussed the release of Ukrainian hostages held in Donbas and Russia and agreed that the given issue must be resolved as soon as possible.

Tillerson confirmed his country's willingness to facilitate the peace settlement in Donbas. He confirmed sanctions against Russia would remain in force until the full restoration of Ukraine's sovereignty and territorial integrity.

Read alsoPoroshenko discusses situation in Donbas with U.S. Secretary of DefenseBesides, the parties touched upon the issue of providing defensive weapons to Ukraine.

They also discussed ways of institutionalizing bilateral cooperation in the security sphere.

What is more, Poroshenko and Tillerson discussed the enhancement of trade, economic and investment cooperation between the two countries.

The Ukrainian president invited the U.S. Secretary of State to visit Ukraine.

If you see a spelling error on our site, select it and press Ctrl+Enter
Tags:PoroshenkoTillerson