The Washington Post: Trump calls Ukraine the thing Ukrainians hate the most 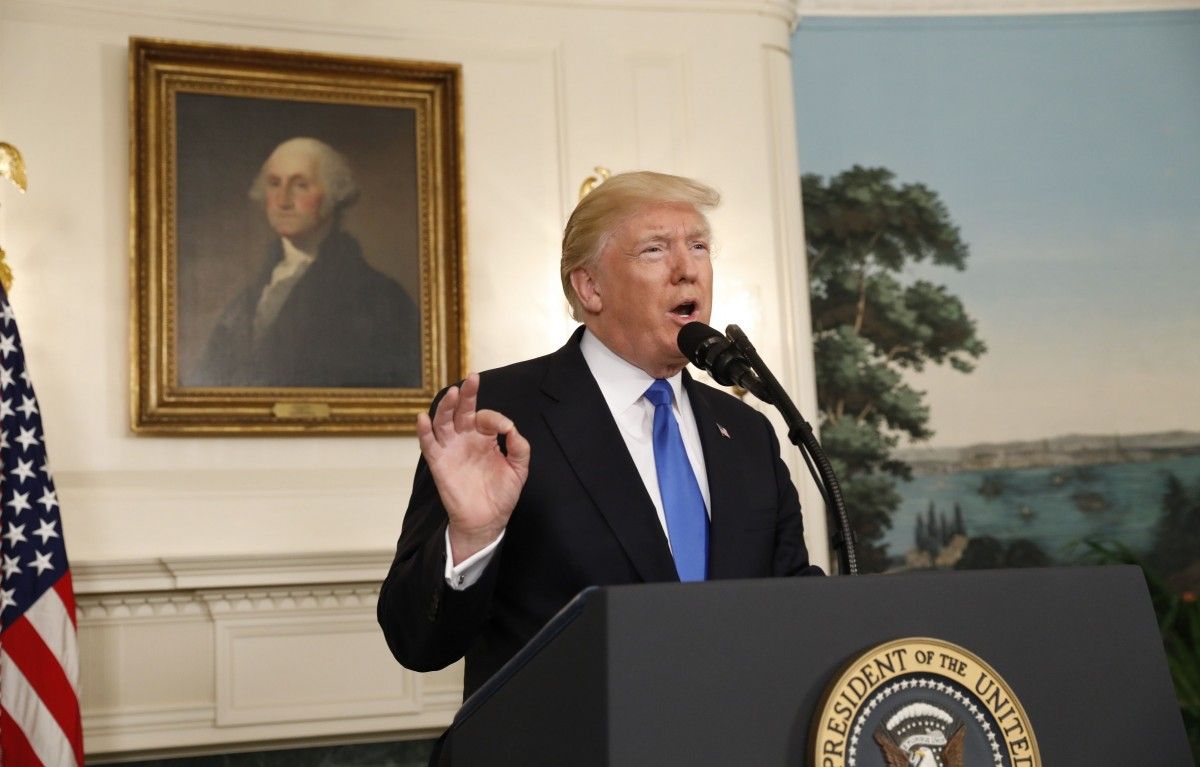 "Trump was right: The United States has indeed long been involved with Ukraine — but unfortunately it's been adding a 'the' to Ukraine's name for quite some time too," Adam Taylor wrote in the article titled "Trump calls Ukraine the thing Ukrainians hate the most," published by The Washington Post on June 20.

"While it's an understandable mistake, it's also one that may leave many Ukrainians annoyed because of its awkward geopolitical implications," he wrote.

Some countries include the definitive article in their name. This typically occurs when the name refers to a geographic entity or a political organization — for example, the United States of America, the United Kingdom, the Philippines — though it is often not considered an official part of the name. According to the CIA World Fact Book, only The Bahamas and The Gambia officially include "the" in their names.

Read alsoNewsweek: Why Ukrainians hate when you say 'The Ukraine'Ukraine is not referred to as "the Ukraine" in its own constitution or other official documents. In fact, there is no definite article in the Ukrainian or Russian languages used in the country. "Ukraine is both the conventional short and long name of the country," a representative of the Ukrainian Embassy in London told the BBC in 2012. "This name is stated in the Ukrainian Declaration of Independence and Constitution."

Yet use of "the Ukraine" in English language references to the country have been common for decades. It was common enough that after Ukraine became independent after the collapse of the Soviet Union, it had to make clear that there was no "the" in its name, and most news publications complied.

Exactly why the declarative article came to be attached to Ukraine in the first place is hard to know, but the reasoning may lie in the country's history. Between 1919 and 1991, Ukraine was officially known as the Ukrainian Soviet Socialist Republic in the English language; it may have been this Soviet period that resulted in the "the" being added. A more likely alternative may lie in the etymology of the word "Ukraine," which is believed by many (but not all) scholars to come from the Old Slavic word "Ukraina," thought to have meant something like "the borderland."

"This explains why 'the Ukraine' annoys many Ukrainians. The mistake seems to imply that Ukraine can only be defined by its relation to its larger neighbor, Russia, and the years of domination it suffered under Moscow during the Soviet Union and the Russian Empire before that. Calling Ukraine 'the Ukraine' would seem to question its sovereignty: A fraught thing after Russia's annexation of Crimea and support for rebels in east Ukraine," the article reads.

For Trump, whose benign view of Moscow has become notorious, it's especially awkward. Poroshenko was not visibly upset by Trump's choice of words on Tuesday, but on Twitter many pointed out the slip, with former U.S. ambassador to Russia Michael McFaul indicating that Trump's choice of words suggested he hadn't been adequately briefed.

But as others pointed out, plenty of other U.S. leaders have made the same mistake — including McFaul's former boss, Barack Obama, in 2014.

If you see a spelling error on our site, select it and press Ctrl+Enter
Tags:PoroshenkoUSATrump