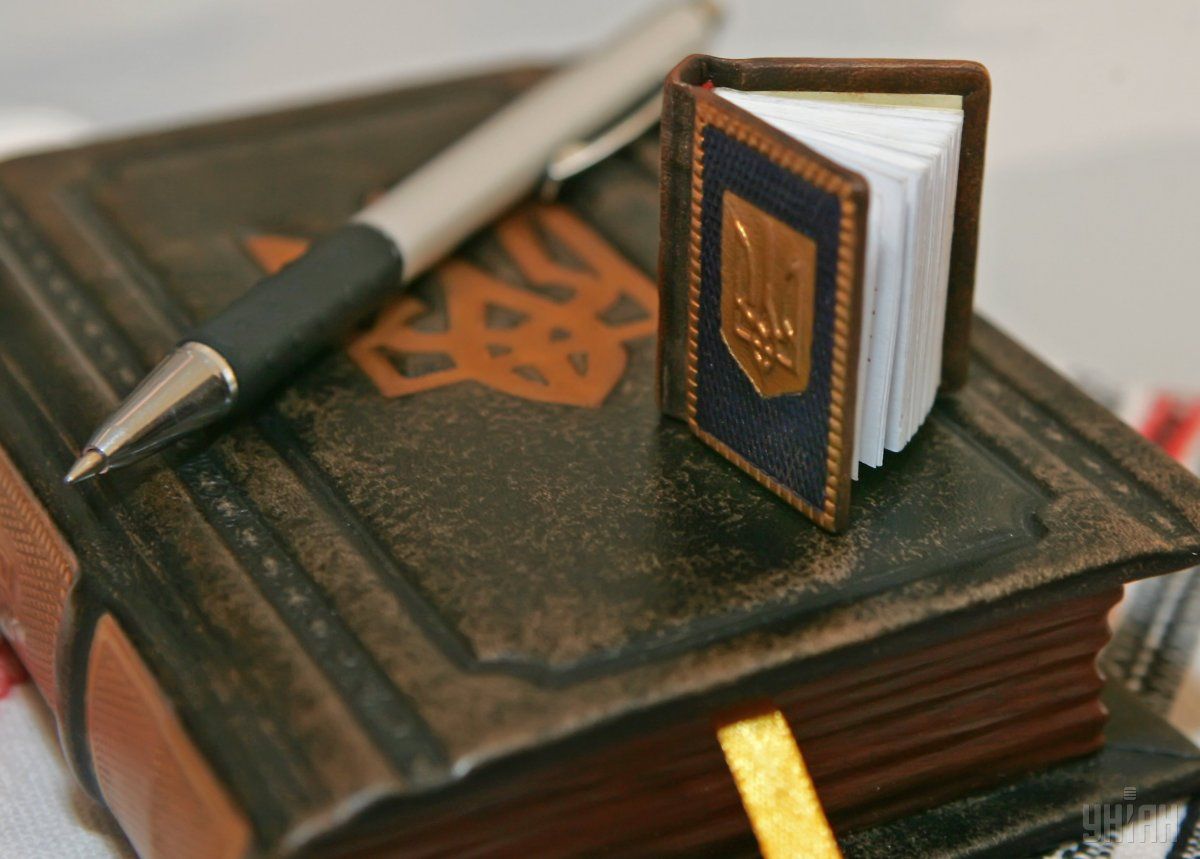 The country's main law was adopted by the Verkhovna Rada overnight June 28, 1996 – on the fifth year after the proclamation of independence of Ukraine. After nearly a 24 hours of continuous work in the session hall, the deputies finally managed to adopt the Constitution with 315 votes. The document came into force the same day. At the same time, Ukraine was the last among the former Soviet republics, which adopted a new constitution.

The adoption of the Constitution entrenched the legal framework of an independent Ukraine, its sovereignty and territorial integrity, becoming an important step in ensuring human and civil rights, contributing to the further increase of the international authority of Ukraine on the international arena.

Since that time, the Constitution has been amended several times – under pressure from certain political forces, or in accordance with the needs of the time.

The first time the changes to the Constitution were made in December 2004. To overcome the political crisis during the Orange Revolution, at the request of the political forces of Viktor Yanukovich and Leonid Kuchma, the Ukrainian Parliament adopted Law of Ukraine No.2222-IV "On Amendments to the Constitution of Ukraine" and (in the package to it) the Law on Amendments to the Law on presidential elections.

The law on the basis of a bill drafted by Viktor Medvedchuk and Vasyl Simonenko on the changes to the Constitution (on a political reform) provided for a transition from a presidential-parliamentary to parliamentary-presidential state, forming a government by a coalition of parliamentary factions, the extension of powers of the Verkhovna Rada for up to five years. The law came into force on January 1, 2006.

In addition, in 2011, the changes were made to the Constitution regarding local elections, and in 2013 – relating to the activities of the Accounting Chamber.

However, since early 2014, as the political crisis in Ukraine intensified, the proposals to return to the Constitution of 2004 have become more persistent. This meant the election of the parliament under the proportional system and depriving the president of a large share of significant powers. On February 21, 2014, the Verkhovna Rada with a constitutional majority of 386 votes adopted as a base and in general, without a corresponding decision of the profile committee, the draft law on the reinstatement of certain provisions of the Constitution of Ukraine. The next day, given that this law was not signed by the president, the parliament adopted a new resolution "On the text of the Constitution as amended June 28, 1996, with amendments and additions supplemented by the laws of Ukraine of December 8, 2004 No.2222-IV, February 1, 2011, No.2952-VI, September 19, 2013, No.586-VII. This law came into force on March 2, 2014.

Read alsoPoroshenko ready to amend Constitution for Crimean Tatar autonomy in CrimeaAt the same time, this did not stop the constitutional process in Ukraine. On August 31, the parliament passed a preliminary approval of the president-proposed bill on the amendments to the Constitution of Ukraine (concerning the decentralization of power). The vote was marked by a scandal – three out of five factions of the ruling coalition ( Batkivshchyna, Samopomich, and the Radical Party of Oleh Lyashko failed to support the draft law, while the Opposition Bloc of the former members of the Party of Regions has endorsed the bill. As a result, the faction of Oleh Lyashko left the coalition.

In addition, on June 2, 2016, the Verkhovna Rada passed a draft law amending the Constitution of Ukraine (regarding the judiciary), or the so-called judicial reform.

If you see a spelling error on our site, select it and press Ctrl+Enter
Tags:UkraineConstitution