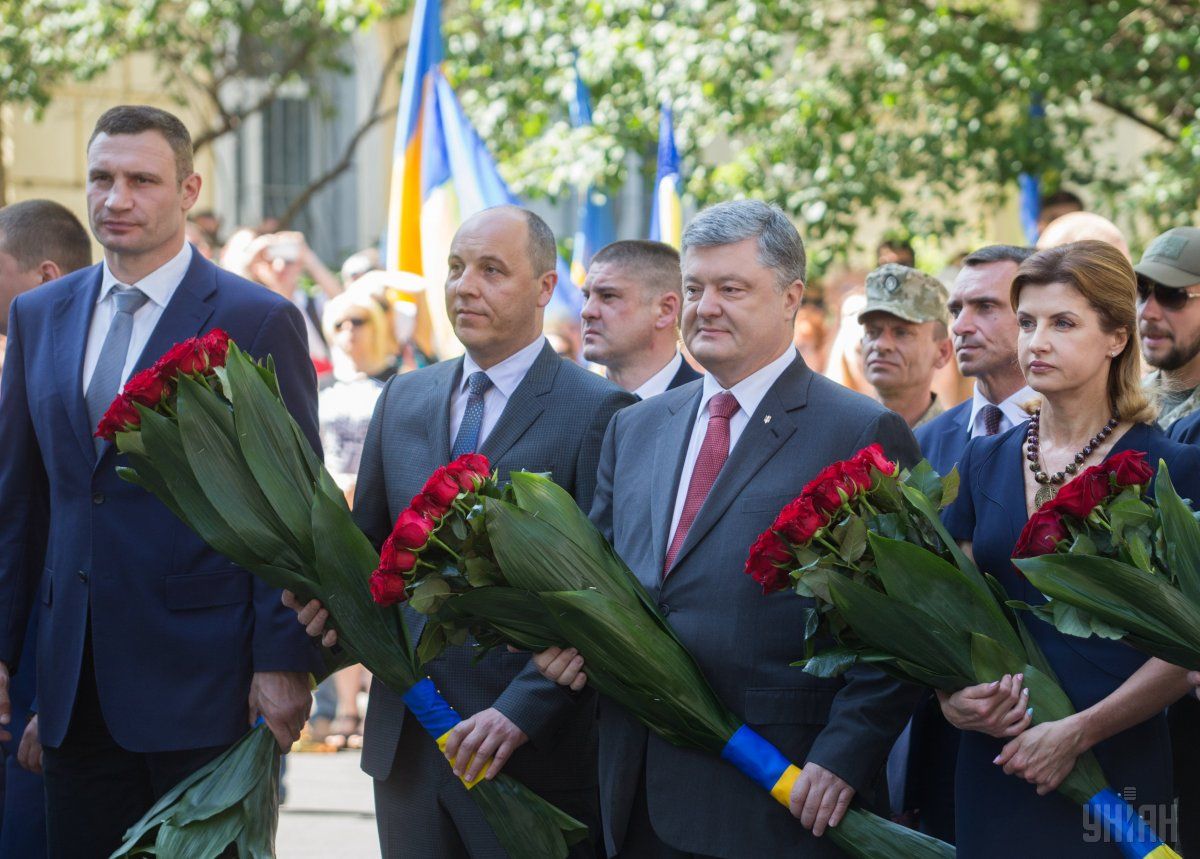 According to Poroshenko, 21 years ago, after many hours of struggle, the Verkhovna Rada of Ukraine adopted the Constitution in the morning of June 28, which is still considered one of the most democratic in the world, the president's press service reported.

"Today, on the Constitution Day of Ukraine, standing near the monument to the great Ukrainian, Hetman Pylyp Orlyk, we recall that the Ukrainian constitutional vision emerged over 300 years ago. Ukrainians have carried the understanding of the importance of equal rights, democratic system and responsible government through the ages. We are creating such type of state today," Poroshenko said.

The president emphasized that Ukraine has finally returned to the European home through the completion of the ratification of the Association Agreement with the EU and introduction of the visa-free regime, which is the final farewell to the Russian empire. "We have united with a family we've been a part of for centuries," he said.

Read alsoUkraine celebrating 21st anniversary of ConstitutionPoroshenko noted that Ukrainians defend their independence from the Russian aggressor today. "We defend not only our land and territorial integrity, but also democracy, freedom, will and our European choice," the president emphasized, adding that profound reforms were necessary for the victory in that struggle.

The president also said that he was proud of the country and believed in its historic future.

The president and his wife Maryna Poroshenko honored the memory of the creator of the first Ukrainian Constitution, Hetman Pylyp Orlyk. The ceremony was also attended by Chairman of the Parliament Andriy Parubiy, Kyiv Mayor Vitaliy Klitschko and members of the Government.

If you see a spelling error on our site, select it and press Ctrl+Enter
Tags:PoroshenkoUkraine