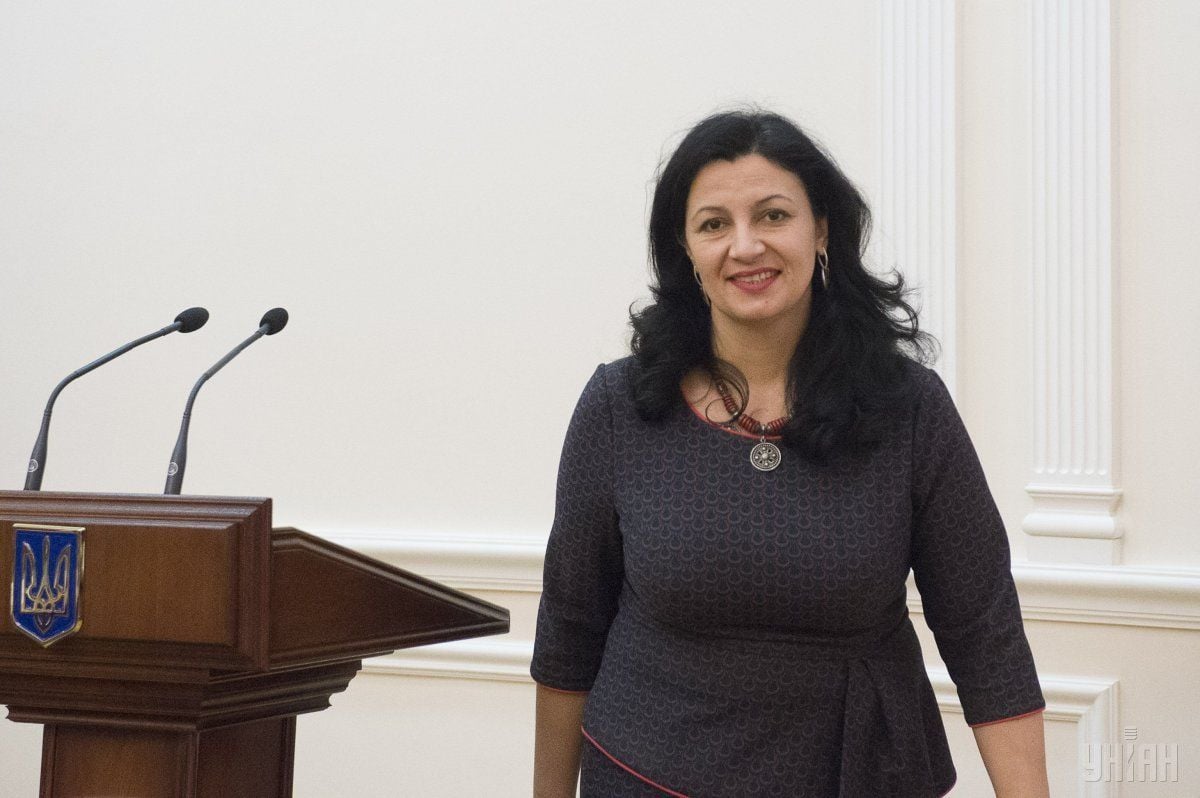 "We do not see Russia being willing to implement Minsk," the Ukrainian Deputy Prime Minister has told DW in an exclusive interview.

"Ukraine is really doing everything possible and impossible to make sure that we are implementing our part of the Minsk agreements," Ivanna Klympush-Tsintsadze said when DW's Michel Friedman cited a Carnegie Europe report that stated the Minsk agreement was "destined to fail because it was designed to fail".

Most of the measures that France, Germany, Russia and Ukraine agreed on, including the withdrawal of foreign armed forces and a ceasefire, were either partly implemented or not implemented at all. And although Minsk reduced the violence in Donbas, it never stopped completely.

"Minsk has done something very important. It has stopped this tremendous bloodshed but unfortunately, it has not led (…) to a real ceasefire," the Deputy Prime Minister said.

However, although Moscow has not signaled its intention to fulfill its part of the accord, Ukraine has also lagged behind: Point 11 states that Ukraine has to assign separatist territories a special status, however the constitution would need to be changed prior to that. The two-third majority this needs in parliament is not likely to be achieved anytime soon.

Read alsoU.S. considering appointing envoy to Ukraine peace agreement: official – ReutersThe EU has extended sanctions against Russia in attempt to oblige Moscow to change policy and step up its efforts – largely without an effect.

Asked whether sanctions against Russia made any sense, Klympush-Tsintsadze responded: "Sanctions have unified the stance of the EU and Western world." She emphasized that the very existence of the sanctions created a necessity for Russia to "return" to international law: "If Russia wasn't nervous about the sanctions, if Russia wasn't feeling uncomfortable it wouldn't have been trying all this time to try to divide the countries of the EU over the issue of sanctions."

"[Russia] underestimated that there will be such a unity of the Western world in sanctioning [the] Russian Federation," the minister added.

Discussing a potential EU membership of Ukraine, Michel Friedman confronted Klympush-Tsintsadze with corruption, an issue that Ukraine is still battling with and that makes joining the EU less realistic.

Read alsoPoroshenko: EU-Ukraine deal to come into force in full on Sept 1She acknowledged the problem but said her administration was working on eliminating these cases: "Over the last three years Ukraine has definitely done much more than it has ever achieved over the 23 years of its independence."

Ukraine is joint 131st out of 176 countries ranked by Transparency International's Corruption Perception Index 2016, putting it on a par with Russia.

Unable to break from nepotism?

An investigation by the Kyiv Post in 2016 voiced concern about Ukraine's inability to break from "cronyism, kleptocracy and nepotism" following the end of former President Viktor Yanukovych's tenure three years ago. The paper questioned whether the current President Petro Poroshenko's stance on oligarchy and corruption was really that different to that of his predecessor.

"We are going through a very difficult and very intensive period of breaking up with our colonial past, with inefficiency (…) of the state system, with corruption, with vested interests, with all of those corruption-prone practices that have been here rooted not only during the 23 years of independence but also during the Soviet times. (…) We have passed legislation to have them. We have built an anti-corruption bureau. We have built anti-corruption prosecution," Klympush-Tsintsadze said. She also admitted: "As a citizen, I would like to have us moving much faster but I know how difficult it is and again, look what we have done."

If you see a spelling error on our site, select it and press Ctrl+Enter
Tags:RussiaUkraineMinskDeal