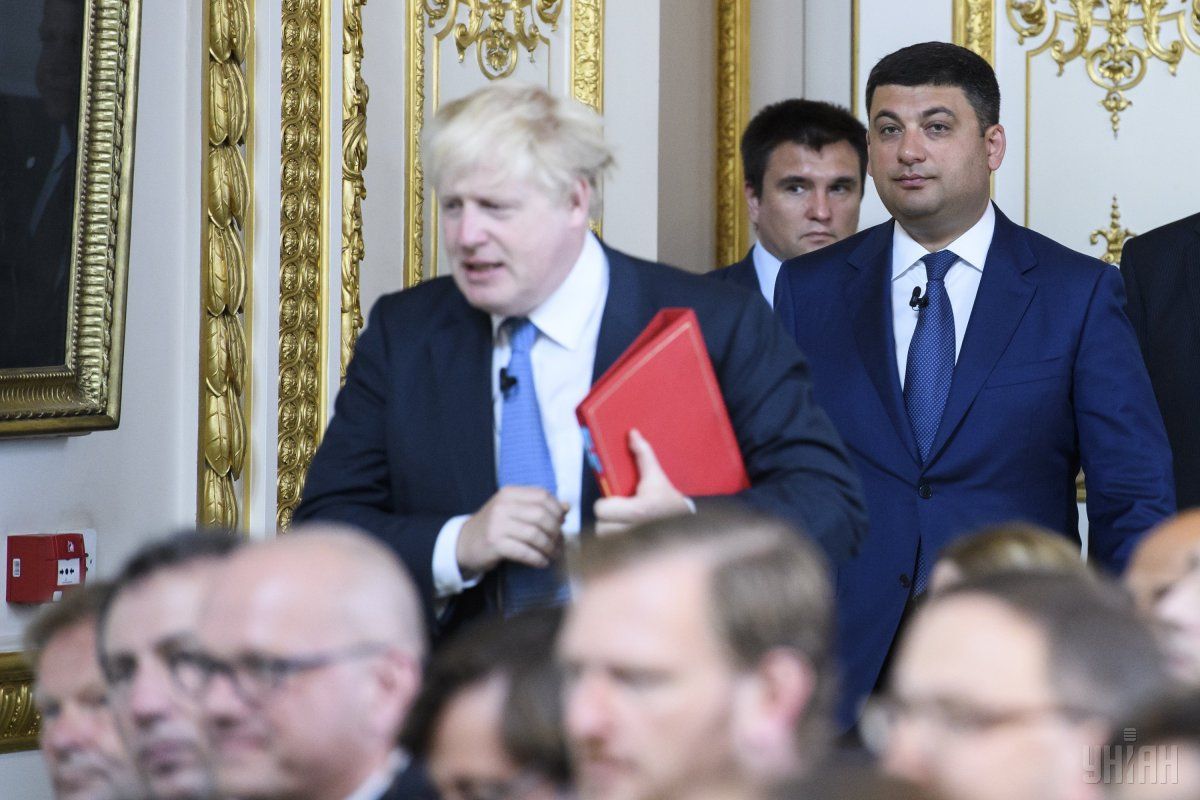 Boris Johnson noted that Ukraine had seen “more reforms in three years since the Revolution [of Dignity of 2014] than in the previous two decades since independence.”

“Significant progress has been achieved in banking reform but none of us would think… that the task is done. There are worrying signs that reform is faltering,” he said.

Mr Johnson noted the lack of progress in creating special anti-corruption courts and said that “I think that everybody agrees that we need to do more to fulfill the ideals of those who braved the snipers’ bullets during the Revolution of the Maidan. Corruption has got to be rooted out, I think we all agree,” he said.

Read alsoReform progress testament to Ukraine’s "impressive commitment" – European Commission VPBoris Johnson has added that Ukraine should carry out electoral reform “in time for the next national polls in 2019, starting with the appointment of a new Central Election Commission and stronger rules and punishments for electoral malpractice.”

“Those who benefited from the old system will of course fight tooth and nail to defend their privileges. But Ukraine benefits from a remarkable array of leaders – in government, in parliament, in civil society – many of whom I’ve now had the privilege to meet. And I believe these people are devoted to their country and determined to build a peaceful and prosperous Ukraine. And I have every confidence that they will prevail and overcome those who would obstruct Ukraine’s progress for the sake of personal gain,” Boris Joohnson said.

If you see a spelling error on our site, select it and press Ctrl+Enter
Tags:UkrainereformBorisJohnson