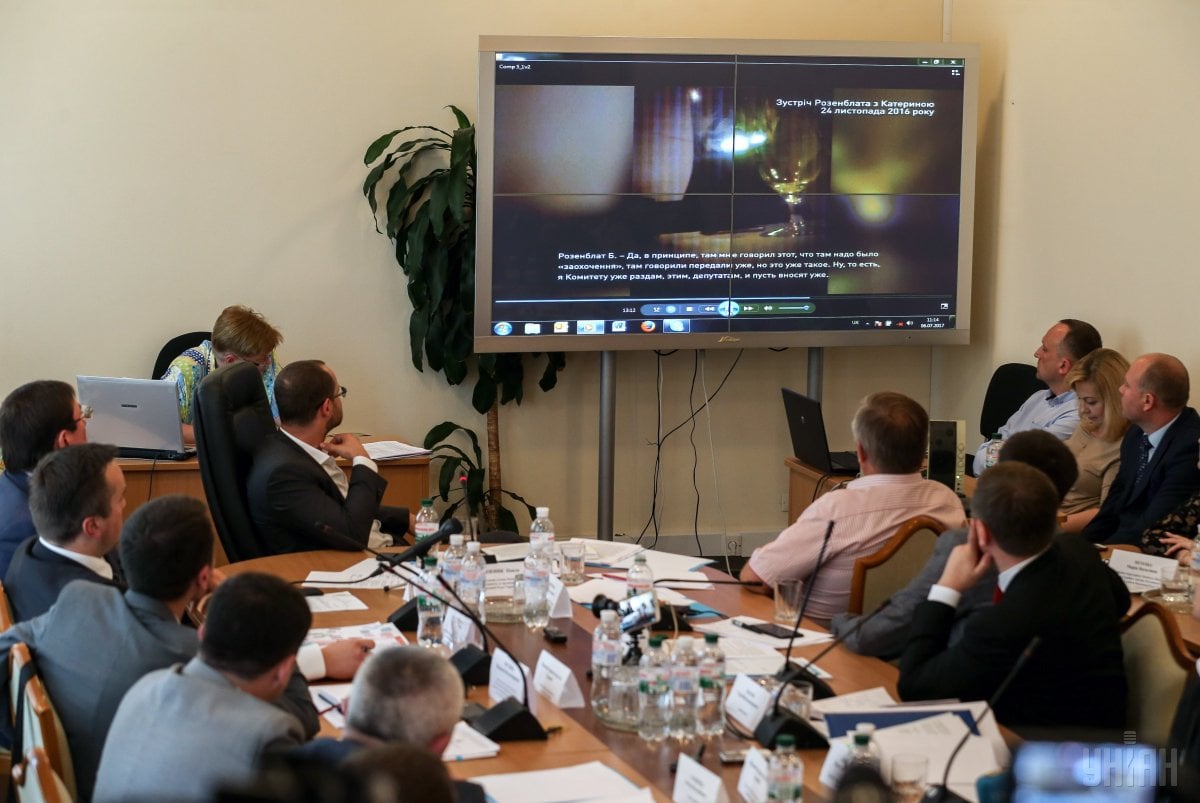 First Deputy Chairman of the Committee Pavlo Pynzenyk read out the conclusions about the motions against Rozenblat.

These conclusions have been approved by the vote of the members of the committee and are to be submitted to Parliament Speaker Andriy Parubiy. It concerns the parliament's consent to bringing Rozenblat to criminal liability, detaining him and selecting a preventive measure against him in the form of custody (arrest).

Read alsoUkraine's chief prosecutor announces probe re some incumbent ministersSpeaking about the submission regarding Rozenblat's involvement in criminal liability, Pynzenyk said that the committee took note of Prosecutor General Lutsenko's information that a report on possible abuse of power in conducting searches and secret investigative actions, as well as alleged provocation and bribery had been included in the Unified State Register of Pre-Trial Investigations on the appeal of the committee.

Read alsoNABU probes into case of Ukrainian MPs Rozenblat and Poliakov jointly with FBIThe legal assessment of these actions will be given during the investigation, Pynzenyk added.

Rozenblat is in particular suspected of abuse of office and bribery worth $280,000 in the illegal amber mining case.