U.S. Special Envoy for Ukraine to stay in Kyiv for several days - Poroshenko 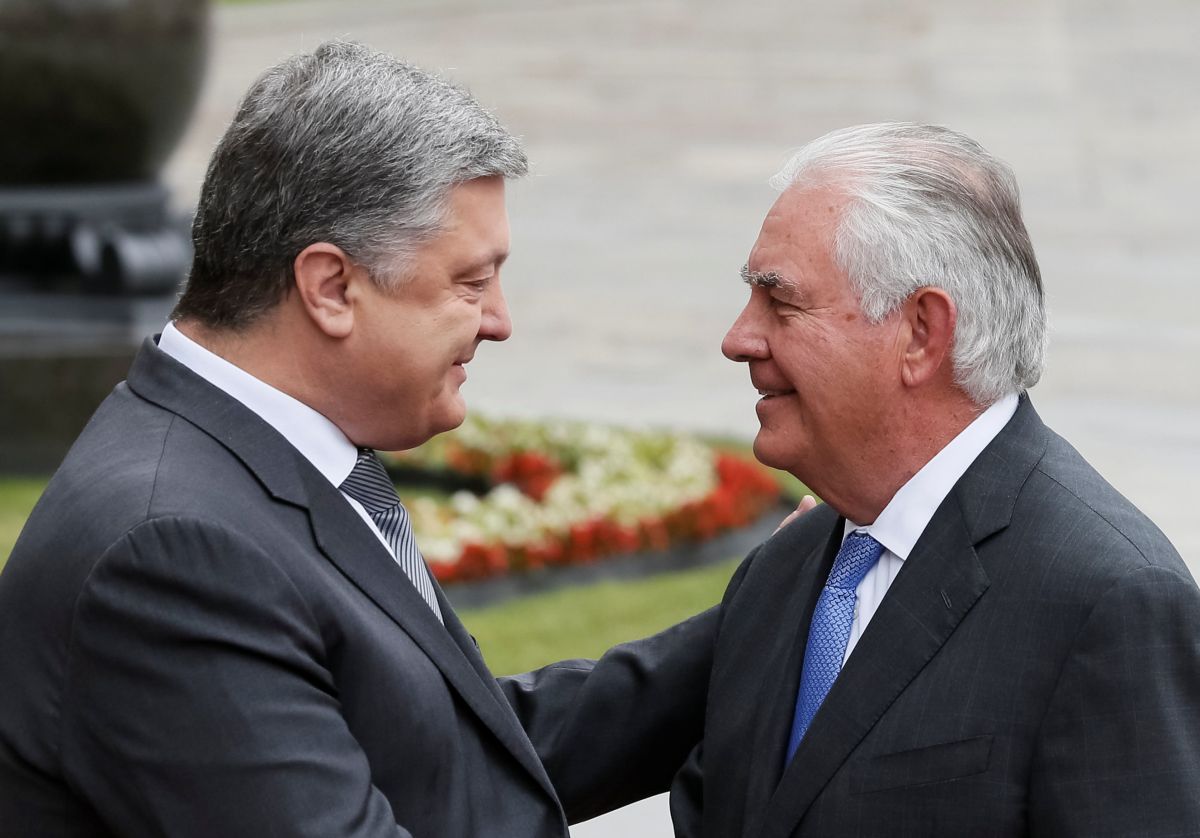 "I would like to thank [Rex Tillerson] for the appointment of Kurt [Volker] as a special envoy for cooperation on the Ukrainian issue. He is a very well known man in Ukraine, despite the fact that this is his first visit to Kyiv," Poroshenko said.

"I am very grateful that following the appointment, in just a few hours, Kurt Volker is with you as part of the delegation. We welcome him and we thank you for your decision for him to remain with us for several days so that we don’t leave the issue hanging in the air and postpone it but immediately, starting the first hours following the appointment, we start effective and coordinated cooperation," said the Ukrainian president.

On July 8, the Secretary of State said that he had appointed Volker to the post of special envoy at the request of Russian President Vladimir Putin.

If you see a spelling error on our site, select it and press Ctrl+Enter
Tags:PoroshenkoTillersonKurtVolker