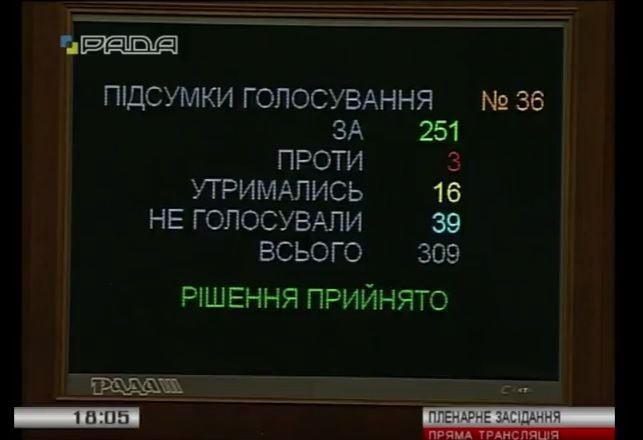 A respective motion tabled by Prosecutor General Yuriy Lutsenko asking lawmakers to deprive the MP of the immunity to make him liable scored 251 votes out of the 309 MPs registered in the session hall on Tuesday, July 11.

All members of the Opposition Bloc parliamentary faction, the Volya Narodu and Vidrodzhennia groups did not vote.

Read alsoPoroshenko: Parliamentary immunity anachronism to be abolishedDovhy is facing charges in connection with involvement in the illegal allocation of plots of land in 2007-2009 when he worked as secretary of Kyiv City Council.

Head of the Specialized Anti-Corruption Prosecutor's Office Nazar Kholodnytsky said that he submitted materials to Lutsenko on June 19 for stripping Dovhy of parliamentary immunity.

Lutsenko in turn tabled the motion in parliament.

Dovhy is accused of abuse of office in complicity, with the purpose of the illegal alienation of 10 land plots in the Zhukov Island natural reserve with a total area of 44.25 hectares.

Dovhy has denied all the accusations.