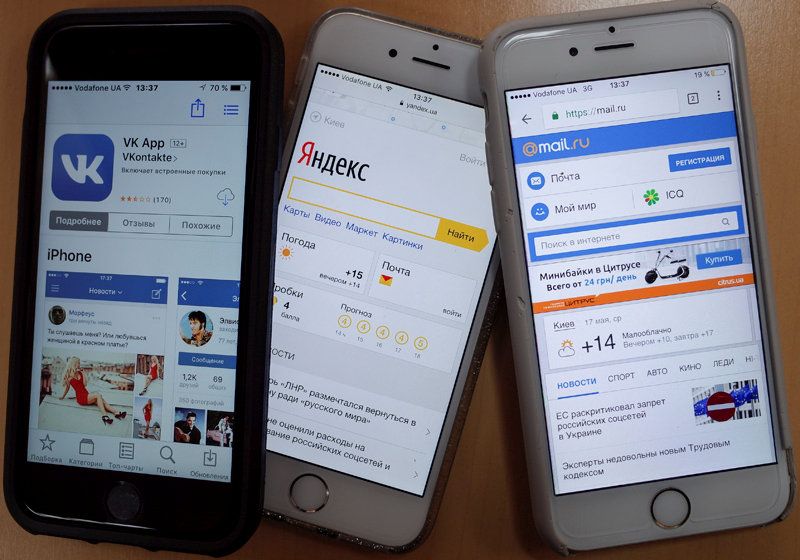 “The Presidential Decree on enforcing the decision of the National Security and Defense Council of Ukraine to expand economic sanctions against Russian companies and to ban Russian internet resources, including social networks, was adopted exclusively for the purpose of ensuring national security of Ukraine and protecting the right of Ukrainian citizens to freedom of speech and secrecy of correspondence,” reads the letter by the Ukrainian delegation to the Council of Europe.

“The aggression of the Russian Federation and challenges Ukraine is facing concerning the territorial integrity require appropriate measures in response. Such resources as Yandex, Mail.ru, Vkontakte and Odnoklassniki have long been used by Russian intelligence agencies as tools of the so called hybrid warfare,” says the Ukrainian side.

Therefore, “the decision adopted by Ukrainian authorities is the adequate response to the threat to information security of the state and citizens,” Ukraine says, at the same time renewing the assurances of its “commitment to relevant international obligations, to the rule of law and to the democratic principles of freedom of speech and thought.”

Read alsoUkraine draws up list of websites subject to blockingAs UNIAN reported earlier, President of Ukraine Petro Poroshenko had signed a decree providing for the blocking of access to Russian social networks. The document banning Russian online resources in Ukraine has been enforced since May 17.

If you see a spelling error on our site, select it and press Ctrl+Enter
Tags:UkrainehybridwarpropagandaCouncilOfEuropethreatblocking