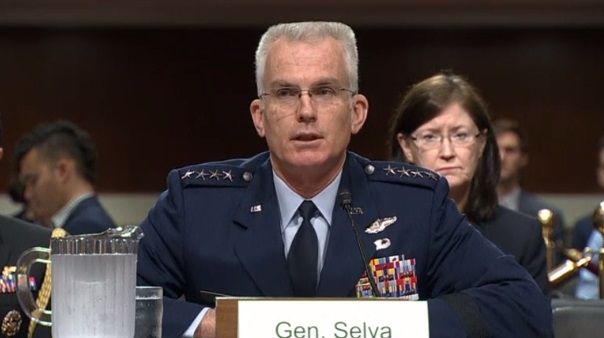 “We [the European Command and the Joint Staff] have advocated for lethal means [for Ukraine] like anti-tank weapons – not tanks and offensive capabilities but defensive capabilities,” said Gen Selva, noting that in the coming months, recommendations would be submitted to the U.S. legislators' consideration on what types of weapons Washington should provide to Ukraine.

Steven Pifer, a former U.S. ambassador to Ukraine, who is now an expert at the U.S-based Brookings Institution, tweeted that Gen Selva “advocated for providing lethal military assistance to Ukraine.”

Read alsoPentagon says plans to arm Ukraine evaluated on case-by-case basis – mediaFormer high-ranking DoD official Michael Carpenter wrote on Twitter that he had heard “it goes beyond Joint Staff & there is interagency consensus to support arming Ukraine, but the decision rests with White House.”

During the hearing, Gen Selva agreed with an assumption by the head of the Joint Chiefs of Staff, Gen Joseph Dunford, that Russia constitutes the biggest threat to the U.S. national security.

Read alsoMcCain: Trump Administration "seriously considering" lethal defensive aid to UkraineAs UNIAN reported earlier, on June 29, the U.S. Senate Armed Services and Defense Committee has agreed on the measures on deterring Russia, including the provision of lethal weapons to Ukraine.

If you see a spelling error on our site, select it and press Ctrl+Enter
Tags:UkraineUSARussianAggressionlethalaidRussianThreat