Activists hold picket outside Poroshenko administration ahead of Lukashenko visit 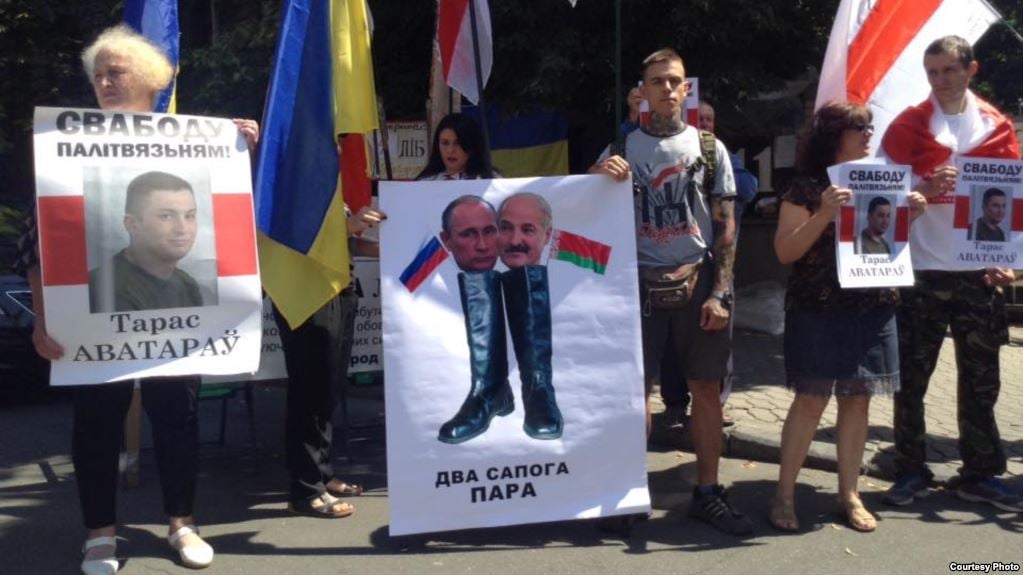 Participants of the picket also hold posters with portraits of Russian President Vladimir Putin and Belarusian President Alexander Lukashenko with a caption "Two boots of a Couple," as well as portraits of a Belarusian volunteer, Taras Avatarov, who has been sentenced in Belarus to a five-year prison term, in a case opposition deems politically motivated. Taras's mother, Lyudmila Pospekh, was also attending the picket.

If you see a spelling error on our site, select it and press Ctrl+Enter
Tags:PoroshenkoUkraineLukashenkopicket