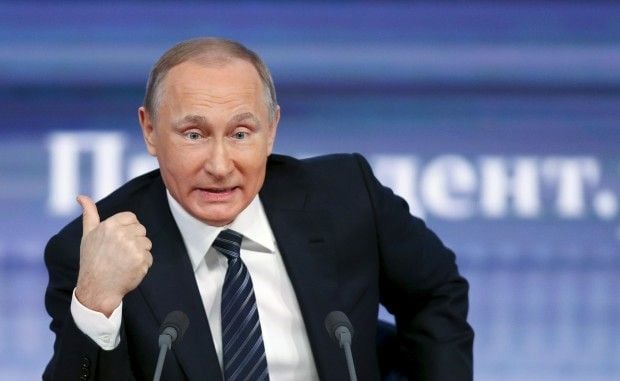 "Today, the intelligence services of the Russian Federation are trying to destabilize the situation in Ukraine by organizing artificial provocative protests," said Hrytsak.

The counterintelligence agency’s chief said that since January 2017, provocations have been committed in western and northern regions of Ukraine, according to a single plan, by organizing pseudo protests. A total of 15 such rallies has been documented with the participation of representatives of allegedly Polish, Hungarian, Bulgarian ethnic communities. Provocations were aimed at inciting interethnic conflicts.

"The SBU exposed organizers of fake rallies, sources of their financing, and the existence of a single scenario for their conduct by the intelligence services of the Russian Federation," said Hrytsak.

Read alsoSBU: Ransom demands in cyberattack "only cover-up"“Attempts to destabilize Ukraine are ongoing. According to our intelligence, at a closed meeting of Russia’s top leadership in May this year, Russian leader [President Vladimir Putin] criticized his assistant [Vladislav] Surkov for the failure of the operation to destabilize the socio-political situation in Ukraine. He also set a new task - to achieve in the shortest possible term the so-called, verbatim, ‘reset of the ruling regime in Ukraine.’ And the capital city of Kyiv was chosen as a target for provocations," said Hrytsak.

According to him, the SBU prevented six attempts to set up provocations outside the Polish Embassy in Kyiv.

"Within a week from June 28 to July 4, 2017, alone, the agency revealed six attempts by the Russian side to organize protests outside the Polish Embassy in Ukraine. Six attempts outside the embassy alone," said Hrytsak.

Read alsoLaw enforcers foil Russia-plotted provocation outside Polish Consulate in KyivHe specified that "the coordinators from Russia demanded of their confidants in Kyiv to hold a rally on the anniversary of the Volyn tragedy."

According to Hrytsak, the seventh provocation was organized outside the building of the Polish Consulate. He added that the organizers of the action were paid $3,000.

"Hired representatives of the near-criminal circles had to install an improvised scaffold, pour red paint around, and burn images of Polish historical figures, light up pyrotechnics, and chant extremist slogans, in hopes to provoke a physical clash with law enforcers,” said Hrytsak.

"On the day of the planned event, SBU operatives in a joint raid with the National Police detained 29 provocateurs, including the organizer, who has already testified against the ones who had given him instructions," said Hrytsak.

If you see a spelling error on our site, select it and press Ctrl+Enter
Tags:UkrainePutinSBUHrytsakintelprovocationsdestabilization