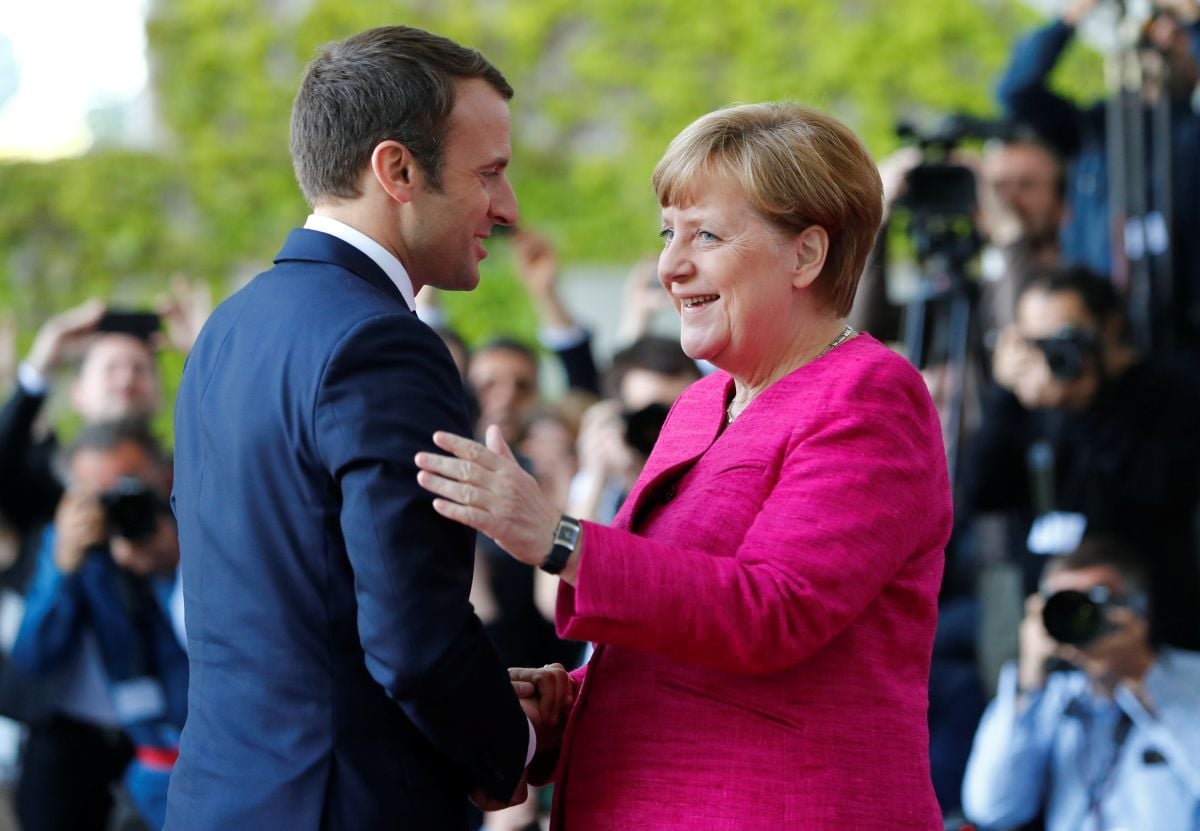 “The Heads of State and Government agreed that the political, humanitarian and economic issues as well as the security aspects of the Minsk package should be fully implemented. They stressed the importance of decision of the summit in Paris (October 2, 2015) and Berlin (October 19, 2016),” the statement reads.

The leaders have agreed that “ceasefire violations must cease immediately” and necessary measures are to be taken to prevent damage to civilian infrastructure, “to prevent a humanitarian disaster in Donbas.”

Read alsoPoroshenko urges Putin to stop arming Donbas“Disarmament and the withdrawal of heavy weapons should be treated as a priority,” the leaders say, adding that they discussed in particular the importance of the withdrawal of heavy weapons as well as the unbundling of forces at the most affected areas, the list of which was drawn up by France and Germany. “The withdrawal of troops and equipment from their current positions in Stanytsia Luhanska under permanent observation and verification by the OSCE SMM shall be carried out without delay,” the statement reads.

It is stressed that “[s]ecure access for the OSCE SMM to all parts of Donbas, including the temporarily uncontrolled parts of the Ukrainian-Russian border, should be ensured as well as the security of OSCE SMM members.”

As UNIAN reported earlier, a meeting of foreign political advisers of the Normandy Four heads of state was set to be held in the end of summer, following yesterday’s phone talks of the four leaders.

Petro Poroshenko called the recent days in late July one of the bloodiest ones in 2017 and urged Russia to stop immediately its aggressive actions and arms supplies to the occupied territories, emphasizing that it’s Russia who has been blocking the issue of hostage release.

Macron and Merkel stressed the inadmissibility of any statements undermining Ukraine’s territorial integrity, in particular on the creation of the so-called “Malorossiya.”

In turn, Vladimir Putin has once again called the Russia-launched war in Donbas an “internal Ukrainian conflict.”

If you see a spelling error on our site, select it and press Ctrl+Enter
Tags:DonbasPoroshenkoUkrainePutinMerkelNormandyFourMacron