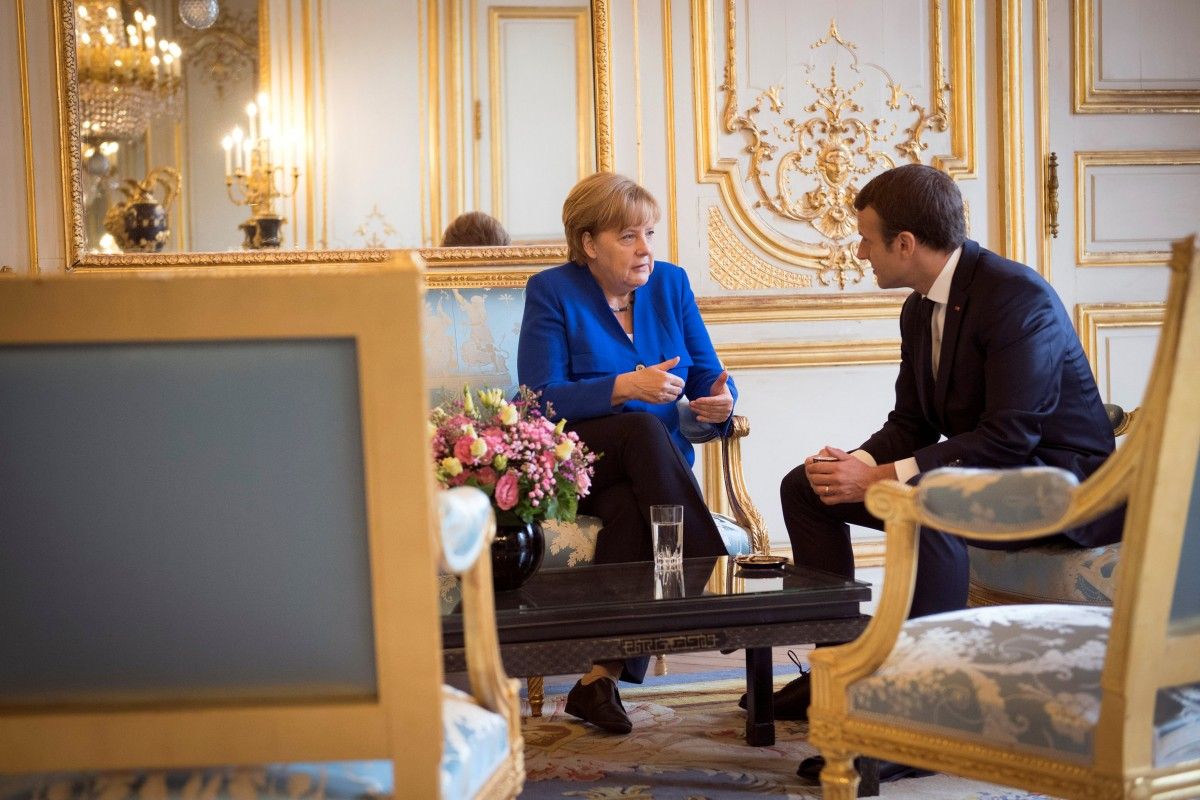 The statement noted the need to implement measures to restore economic cooperation between territories beyond Kyiv government control and the rest of Ukraine. In particular, it is noted that the details of the mechanisms for restoring economic ties should be considered in the near future, according to DW.

Merkel and Macron also called on the sides to take measures that would allow the "all for all" swap of prisoners to be renewed by the end of the year.

Read alsoNormandy Four leaders agree on ceasefire implementationThe statement also notes that the advisers to the heads of state and governments of the Normandy Four should meet next month, after which another telephone conference between Merkel, Macron, Poroshenko and Putin will take place.

As reported earlier, the Normandy Four leaders of Ukraine, Russia, France and Germany on July 24 held talks over the phone, focusing on the settlement of the Donbas crisis.

If you see a spelling error on our site, select it and press Ctrl+Enter
Tags:DonbasUkraineMerkelNormandyFourMacron