Enerhodar mayor wanted after failure to arrive at prosecutor's office 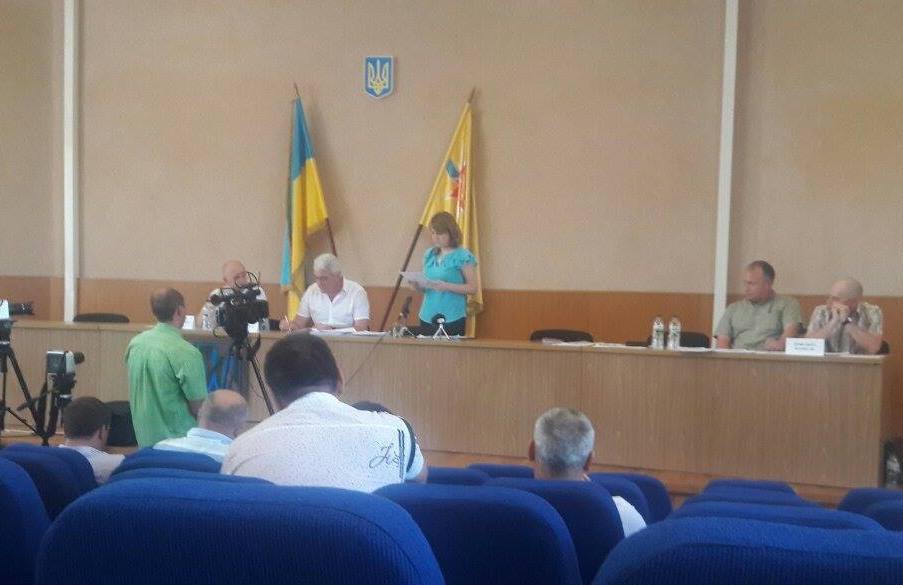 Prosecutors served Muzyka with a notice of suspicion at an Enerhodar town council session / Photo from zap.gp.gov.ua

Read alsoPGO investigators receive permission to detain ex-Kyiv mayor ChernovetskyOn June 8, 2017, prosecutors served Muzyka with a notice of suspicion at an Enerhodar town council session. Prosecutor's office explained such actions by the desire to exclude the possibility of disrupting the investigative action on the part of the mayor and his associates.

On June 12, he was released under a court ruling against his personal guarantee.

On July 13, he failed to arrive at the local prosecutor's office for investigative action without explaining the reasons of the failure.

Read alsoKyiv's court rules to consider Yanukovych treason case in absentiaIt was found out during an interview with the suspect's neighbors that he had not been to his permanent residence for a long time. Members of the Enerhodar Town Council said that the mayor of Enerhodar was on vacation and his exact location was unknown.

"On July 21, 2017, the mayor of Enerhodar was put on the wanted list and on July 24 the local prosecutor's office sent a motion to the court to change the pretrial restriction from a personal guarantee to keeping him in custody," the regional prosecutors said on Wednesday, July 26.

If you see a spelling error on our site, select it and press Ctrl+Enter
Tags:mayorwanted