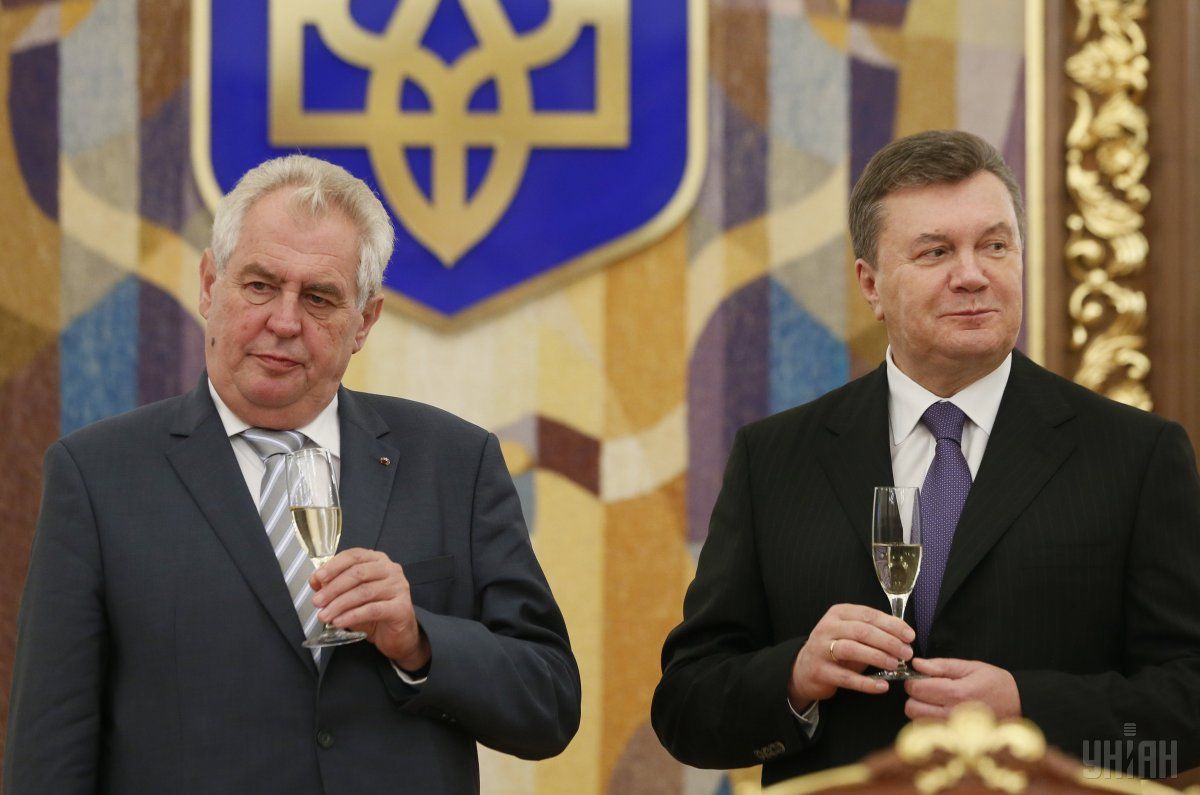 "In the Czech Republic, as in most countries, there is no equal view of the world among all authorities, but there is no doubt that the Czech government - which is responsible for the concept of the country’s foreign policy - is interested in good relations with Ukraine," Europeiska Pravda quoted the diplomat as saying.

According to the ambassador, within the EU, NATO and other international organizations, the Czech Republic supports the sovereignty, independence and territorial integrity of Ukraine. The Czech Republic does not recognize the annexation of Crimea and stands for a peaceful settlement.

The diplomat is convinced that the Czech Government will not support Zeman's position on the issue of easing Russia sanctions.

"The Czech Government believes that sanctions cannot be revised if the reasons for their introduction have not been resolved. We really consider it important to maintain unity on the issue within the EU, and therefore we have supported and still support the extension of sanctions until Minsk agreements are fully implemented," said Matula.

Read alsoRFE/RL: Court in Czech Republic closes DPR mission in OstravaThe diplomat added that even after the settlement in eastern Ukraine, the Czech Republic will insist that sanctions related to the illegal annexation of Crimea be left in place.

Zeman, who is considered one of Putin's most vocal supporters among European leaders, said in September 2016 that "Khrushchev acted unforgivably stupid (by handing Crimea over to Ukraine), and today world politicians recognize that Crimea can be returned to Ukraine."

If you see a spelling error on our site, select it and press Ctrl+Enter
Tags:RussiaCrimeaDonbasUkrainePutinCzechRepublicZeman