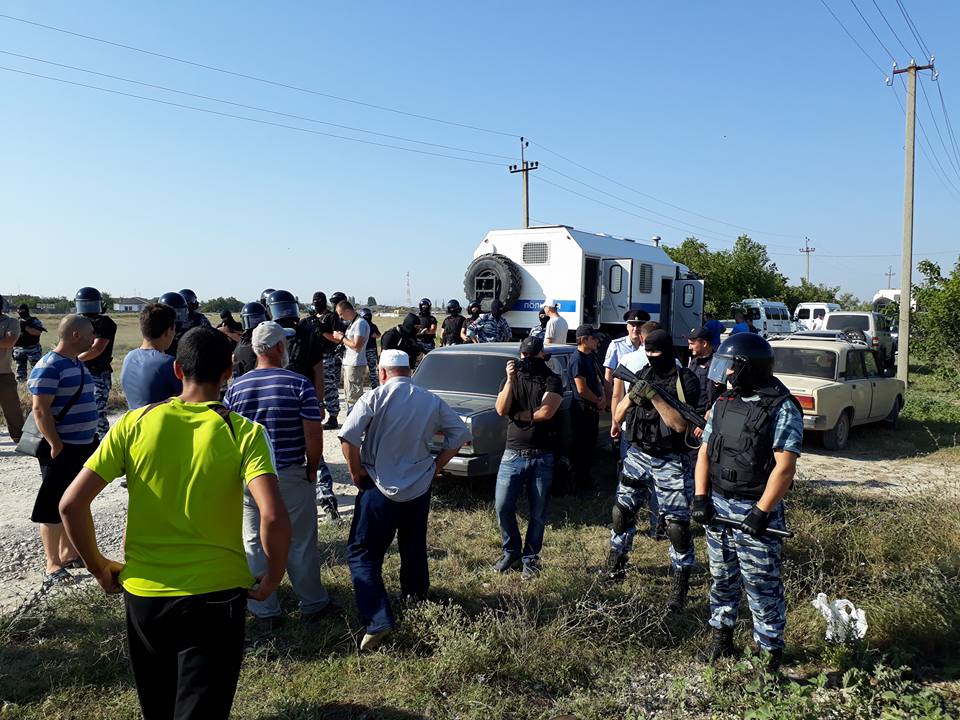 "Disregard for human rights in the occupied Crimea is reaching an unprecedented scale, being ultimately cynical and absurd," Dzhemilev wrote on Facebook.

Read alsoCrimean Tatars’ Chubarov reacts to controversial statements by German politicians on Crimea issue"Trials, searches, and detentions of people, including the sick and the elderly, are among the methods of occupiers who are naive to believe that they can intimidate Crimean Tatars," Dzhemilev added.

However, the Crimean Tatar leader expressed his firm conviction that the perpetrators would face justice "in the UN International Court of Justice for all their crimes."

Read alsoOccupied Crimea's "prosecutor's office" requests 8 years in prison for activist ChiygozAs UNIAN reported earlier, on August 8, Russian police detained a 76-year-old Crimean Tatar activist Server Karametov, who went for a one-man picket outside the Supreme Court of Crimea in Simferopol. He demanded the immediate release of the illegally detained leader of the Crimean Tatar national movement Akhtem Chiygoz, whose case was being considered in the said court.

Read alsoAmnesty: Rapidly deteriorating human rights situation in international blind spot in CrimeaUNIAN memo. Russia annexed Ukraine's Crimea in March 2014 after its troops had occupied the peninsula. An illegal referendum was held for Crimeans to decide on accession to Russia. De-facto Crimean authorities reported that allegedly 96.77% of the Crimean population had voted for joining Russia. On March 18, 2014, the so-called agreement on the accession of Crimea and the city of Sevastopol to Russia was signed in the Kremlin. The West did not recognize the annexation in response to which sanctions against Russia were introduced. Ukraine's parliament voted to designate February 20, 2014, as the official date when the temporary occupation of Crimea began.