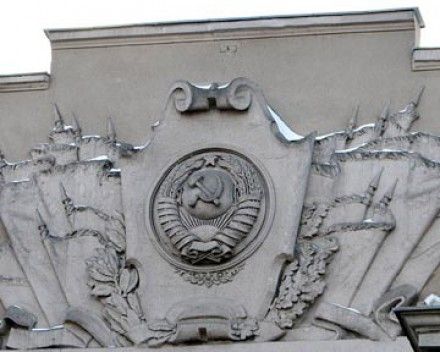 In June, Poland introduced new laws to ban totalitarian propaganda, under which Warsaw has pledged to remove hundreds of monuments to the Soviet soldiers who liberated Warsaw during World War II from public spaces, Radio Poland wrote.

But Moscow said Warsaw was reneging on a 1994 bilateral treaty to protect memorial sites and was unwilling to reach a compromise.

"It would be enough to say that the monuments are not communist propaganda but a show of appreciation for the soldiers who died and thanks to whom Poland still exists," Andreev told the daily.

Meanwhile, Polish commentators have pointed out that the Soviet Union attacked Poland in the early days of World War II, later watched on as Warsaw struggled and ultimately failed to liberate itself from Nazi German occupation, and finally installed a communist regime in Warsaw which ruled for more than four decades after the war.

Read alsoParliament speaker says decommunization as important as judicial reform, national securityPoland first took steps to remove the Soviet monuments in 2014, when, according to Andreev, it decided to "freeze" ties with Russia after Moscow annexed Crimea and conflict erupted in Donbas in Ukraine.

But Andreev said those issues were not related to "the salvation of Poland in 1944-45."

"If hundreds of monuments are taken down... it will not be received by Russian society as 'a fight against Russian propaganda' but as a cruel insult to the memory of our forefathers, and a show of the real attitude of Poland to Russia and the Russian people," Andreev said.

"It will be a tough test for ties between our countries."

Andreev said that in 1997, there were 561 monuments to Soviet soldiers in Poland, but that Poland's National Institute of Remembrance recently counted 230.

He added that Russia was not informed about what happened to the others, as required under the 1994 treaty.

Poland said that the treaty applies exclusively to monuments in cemeteries and that those would continue to be protected.

If you see a spelling error on our site, select it and press Ctrl+Enter
Tags:RussiaPolanddecommunization