Who is Tymoshenko’s good friend?

A close ally of Ukraine`s PM celebrates her birthday 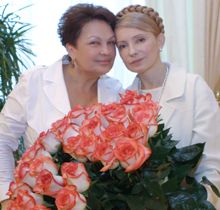 Olha Trehubova was born in Dnipropetrovsk. She joined Yulia Tymoshenko’s team in 1996. She has been her top aide for years, including the years 2005 and 2008-2009, when Yulia Tymoshenko was the Prime Minister of Ukraine.

Experts, who assess the level of influence upon leading country’s politicians, state that Olha Trehubova, without any doubt, influences the Prime Minister, even without occupying any formal positions.

Yulia Tymoshenko herself used to call Olha Trehubova her “left and right hands simultaneously”, and an ally in a fight.