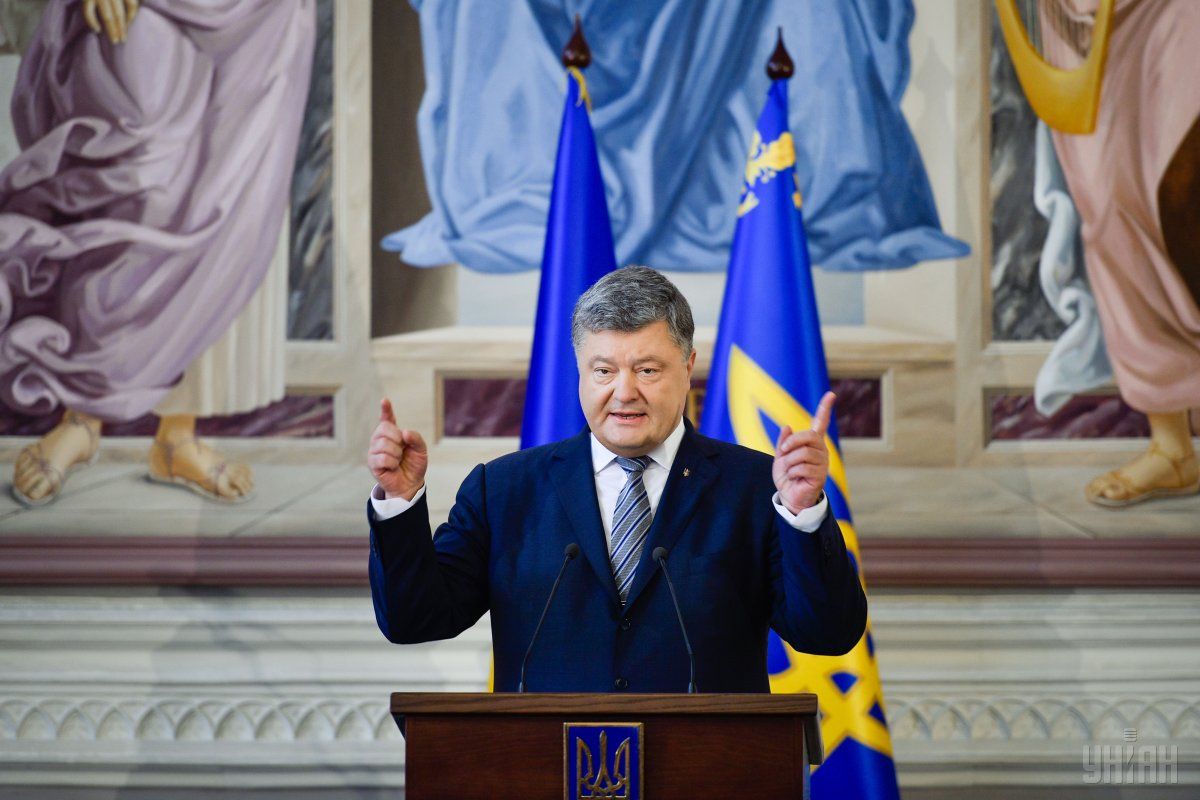 "The hardest things are behind us but the hot phase of the war provoked by Russia and the actions of populist politicians can roll the situation back," Poroshenko said at an opening ceremony for the reconstructed building of the Kirovohrad regional children's hospital, according to Tsegolko.

It should be reminded that Defense Minister of Ukraine Army Gen. Stepan Poltorak stated that the General Staff of the Armed Forces envisaged measures to respond to a threat of the invasion of Russian troops during the joint Russian-Belarusian exercises "Zapad-2017" [West-2017], which will be held on September 14-20.

According to preliminary data, up to 13,000 troops are expected to take part in the drills.

Read alsoRussia’s drills near NATO border raise fears of aggression - NYTPoltorak believes that these exercises may be used as a cover-up for the launch of aggression both against Ukraine and against any European country having a common border with Russia.

If you see a spelling error on our site, select it and press Ctrl+Enter
Tags:RussiaPoroshenkoUkraineRussianAggressionPoltorakWest2017threatZapad2017