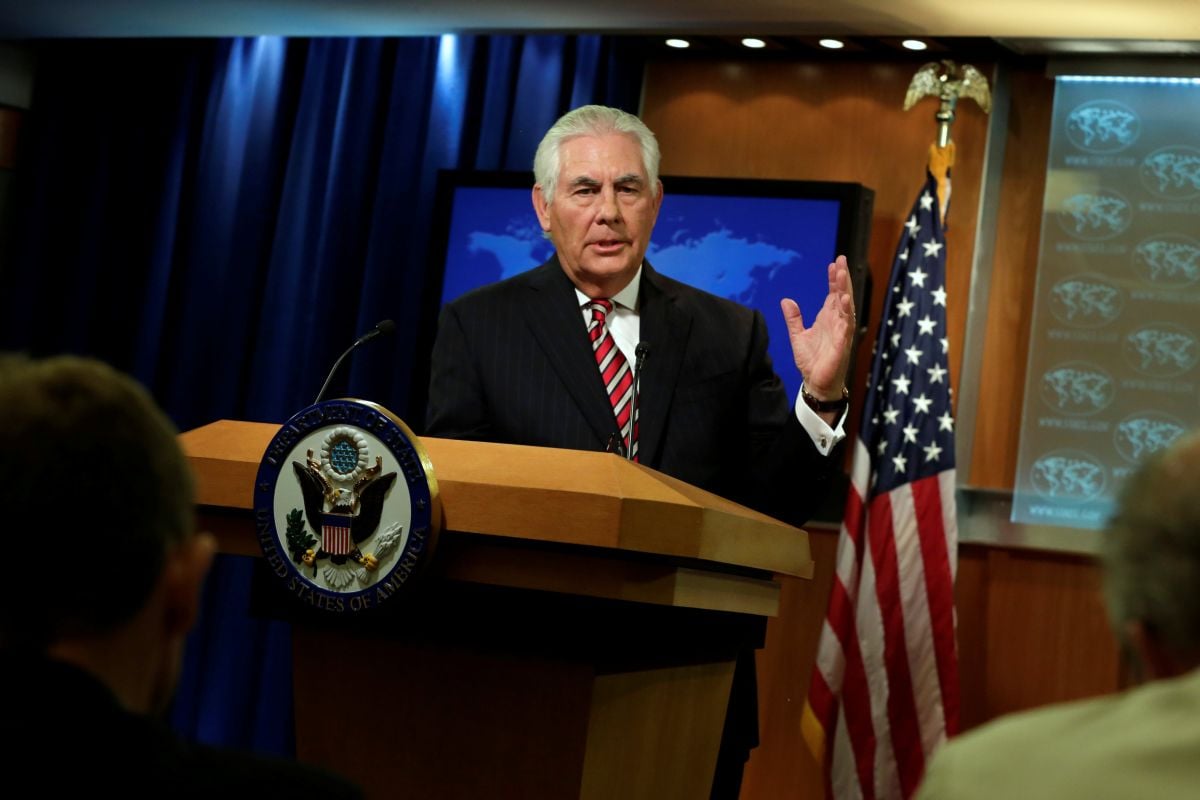 "On behalf of the Government of the United States of America, best wishes to all Ukrainians on your national day. As I said in Kyiv last month, we deeply value the friendship we have developed over 25 years of diplomatic relations. We commend your persistence in the face of great challenges, including the Russia-led conflict in Donbas and Russia's occupation and attempted annexation of Crimea. Despite the hardships you have endured, the people of Ukraine have shown a fierce determination to create economic opportunities, fight corruption, and strengthen their democratic institutions," Tillerson said in a statement.

Read alsoTrump congratulates Poroshenko on Ukraine's Independence DayAccording to the official, the United States is proud to have been a partner of Ukraine.

"We remain steadfast in our support for your sovereignty, territorial integrity, and democracy. May the coming year bring peace, prosperity, and progress to the people of Ukraine," the U.S. Secretary of State added.

If you see a spelling error on our site, select it and press Ctrl+Enter
Tags:UkraineTillersonKyivfriendship