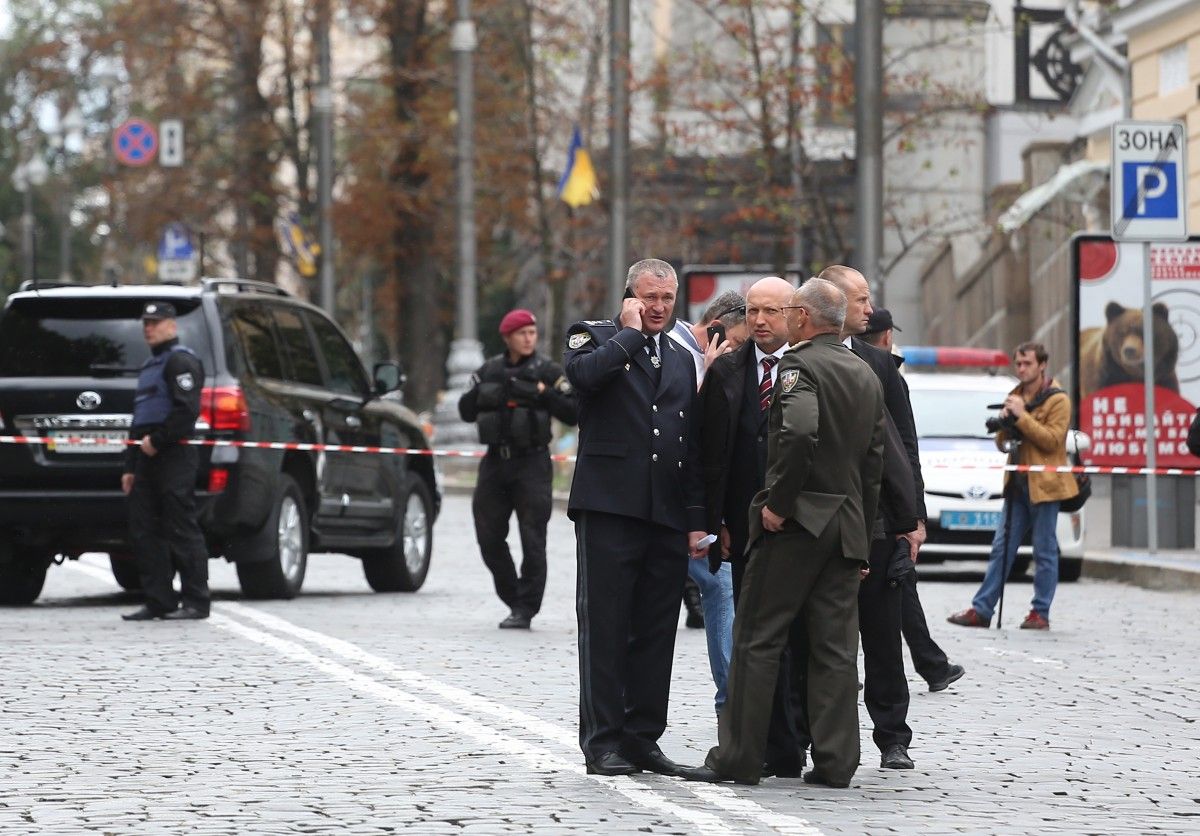 "We do not rule out it was a planned act of terror to spoil the celebrations on the country's Independence Day. The operatives of the National Police and the SBU Security Service are now working on the scene and searching for the terrorists," Hromadske quotes Turchynov as saying.

The official noted there was one explosion, while eyewitnesses spoke of two.

"At first there was one explosion, like a firecracker, and then a big one. We saw a man with the bleeding head helping a woman. The police arrived quickly. The ambulance arrived in 10 minutes," witness Yaroslav said.

Read alsoMedia note growing threat of terrorist attacks in Ukraine ahead of Independence DayAs UNIAN reported earlier, an explosion of an unknown device occurred on Hrushevskoho Street in downtown Kyiv at about 14:00 on August 24. The police reported a man and a woman were injured in the explosion.

According to SBU press secretary Olena Gitlianska, hooliganism is now the main version of the incident.

If you see a spelling error on our site, select it and press Ctrl+Enter
Tags:explosionKyivpoliceblastindependenceday