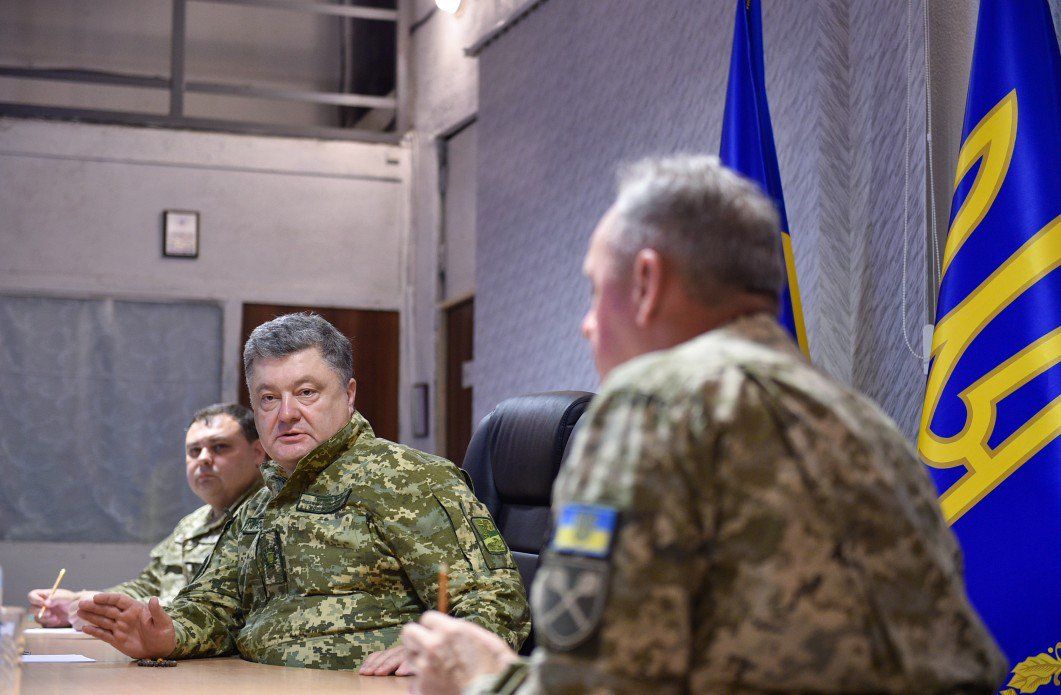 "The president arrived in Kramatorsk, where he met with the military on the operational situation in the ATO zone," the president's press secretary tweeted on Monday, August 28.

Read alsoPoroshenko congratulates Donetsk citizens on City DayThe president was briefed on the situation in the war zone during the meeting, the press service said.

If you see a spelling error on our site, select it and press Ctrl+Enter
Tags:ATOPoroshenko