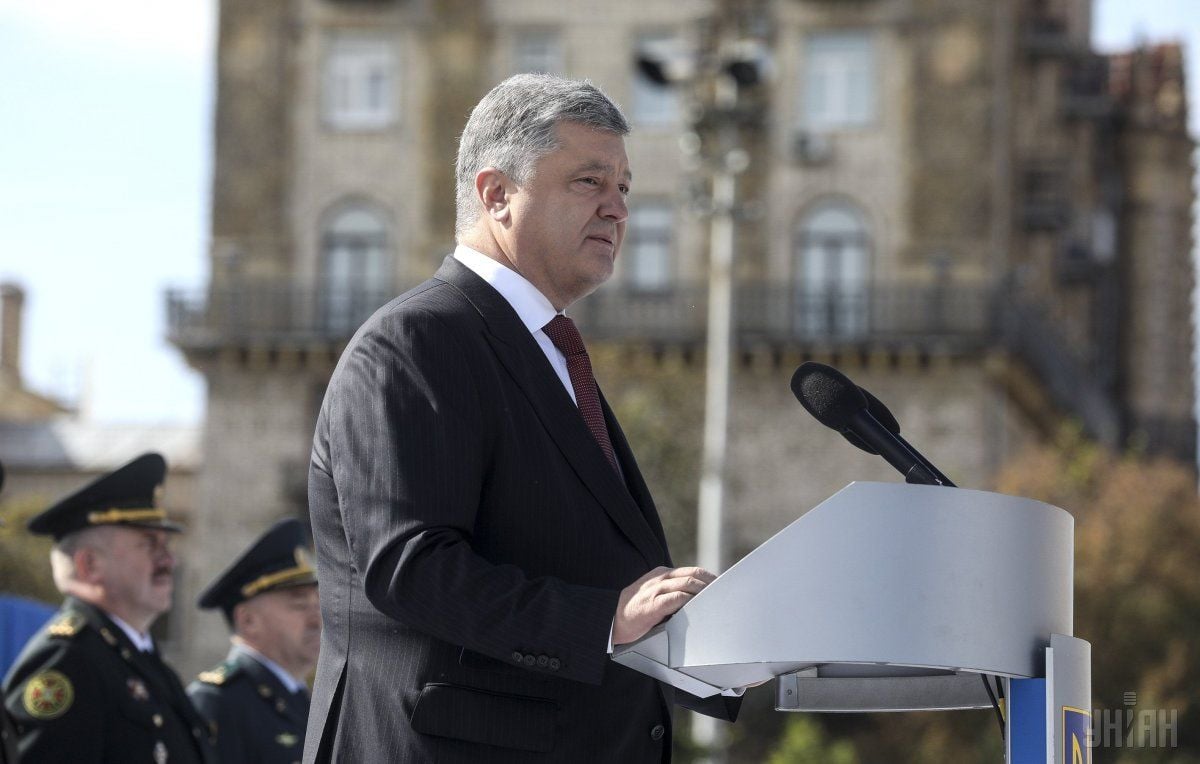 "As of August 29, 2017, two criminal cases were being investigated by the SBU under Article 112 of the Criminal Code of Ukraine in connection with possible attempts on Ukrainian President Poroshenko's life," journalist Serhiy Bosak wrote on Facebook, sharing an SBU response to his inquiry.

As UNIAN reported, an unidentified person warned a law-enforcement agency about an assassination attempt on Poroshenko during his tour of Kharkiv region. The call was made in a female robot voice with the use of IP telephony at about 12:20 local time on August 22. 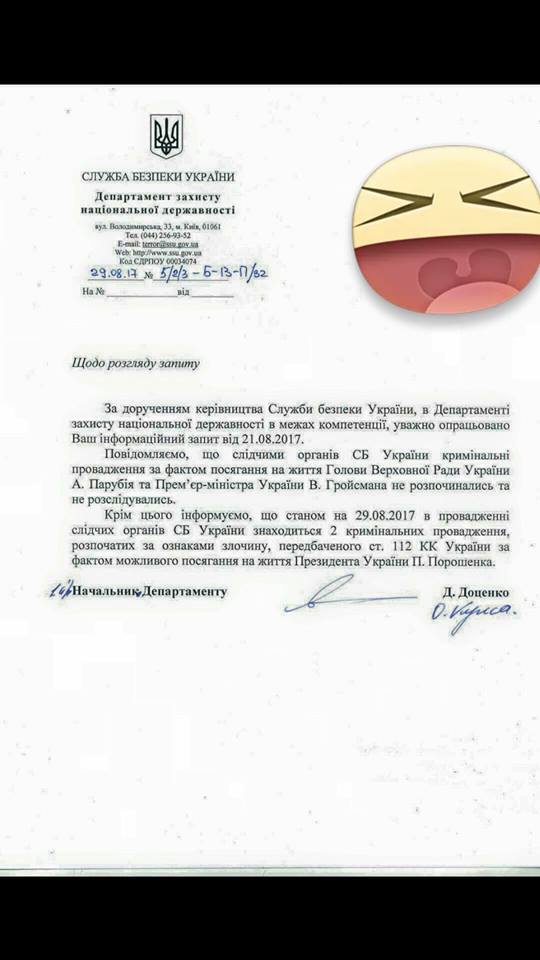 Image from facebook.com/serhiy.bosak
If you see a spelling error on our site, select it and press Ctrl+Enter
Tags:PoroshenkoSBUinvestigationassassinationattempt