Row sparks between Ukraine, Belarus over youngster's disappearance while expert says this may be FSB’s goal 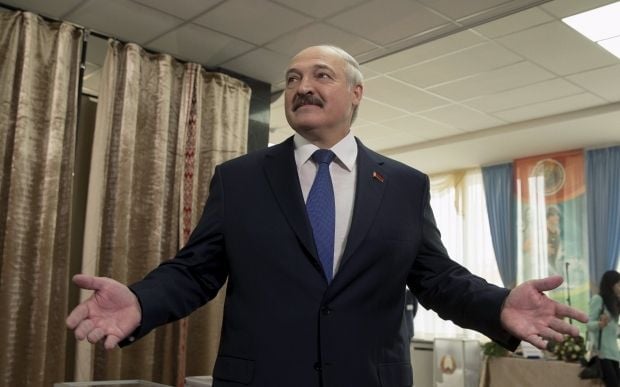 While commenting on the investigation into the disappearance of the Ukrainian youngster in Belarus, Ukrainian Deputy Foreign Minister Olena Zerkal told TV Channel 5 August 30 that Belarus “claims they are partners but in reality, they are behaving differently."

Read alsoRussia's FSB reportedly lures Ukraine border service official's son into Belarus for dating“In fact, I believe now there are much more questions than answers as regards Belarus. In particular, it’s the accession of Belarus to the World Trade Organization. Will we support Belarus in this accession, given that Belarus is the last state from the Eurasian Economic Union to join WTO? And what will happen then, what will be the consequences of this accession?" Zerkal said in an interview with Channel 5. “Or will we look into our own interests and impose onto Belarus, and to EEU via Belarus, our interests, including all those licenses and other issues, and also, of course, the issues of Ukrainian citizens crossing into Belarus, and the security of Ukrainian and Belarusian citizens…”

Read alsoJournalists find out how FSB lured Ukrainian youngster to Belarus for abductionResponding to the statement by the Ukrainian diplomat, speaker for the Belarusian Foreign Ministry Dmitry Mironchik on Thursday, August 31, said: "Unfortunately, people disappear for various reasons - either by their own will or stupidity or as a result of malicious actions of the third parties. And if the 19-year-old’s parents and the authorities of his own country failed to look after him, it's not a reason to shift blame. It’s certainly not in a partnership spirit one day after the formal request for assistance to blame the country which, without its knowledge, was chosen as a place for a romantic or secret meeting," Mironchik said. "That these statements are inappropriate and threats futile, was brought to the attention of Minister Counsellor of the Embassy of Ukraine in Belarus Valery Dzhigun, who was summoned to the Foreign Ministry of our country on August 31."

Read alsoBelarus at 'war' with imaginary country of Veyshnoria - BBCMeanwhile, an expert at the Ukrainian Institute for the Future, Ihor Tyshkevych, in his column for hvylya.net suggested that putting a split into relations between Ukraine and Belarus, which have been expanding recently, could be one of the ultimate goals of the Federal Security Service of the Russian Federation who he opines may have specifically chosen a young Ukrainian man with disabilities in their sophisticated scenario to cause outrage in Ukraine toward “inaction” of Belarusian authorities in searching for the missing person. Hence the creation in Moscow’s interests of another point of tension in the region despite earlier assurances by Belarus President Alexander Lukashenko during his July visit to Kyiv that Bealrus remains a friendly state toward Ukraine.

If you see a spelling error on our site, select it and press Ctrl+Enter
Tags:UkraineBelarusFSBtensionPavloHryb