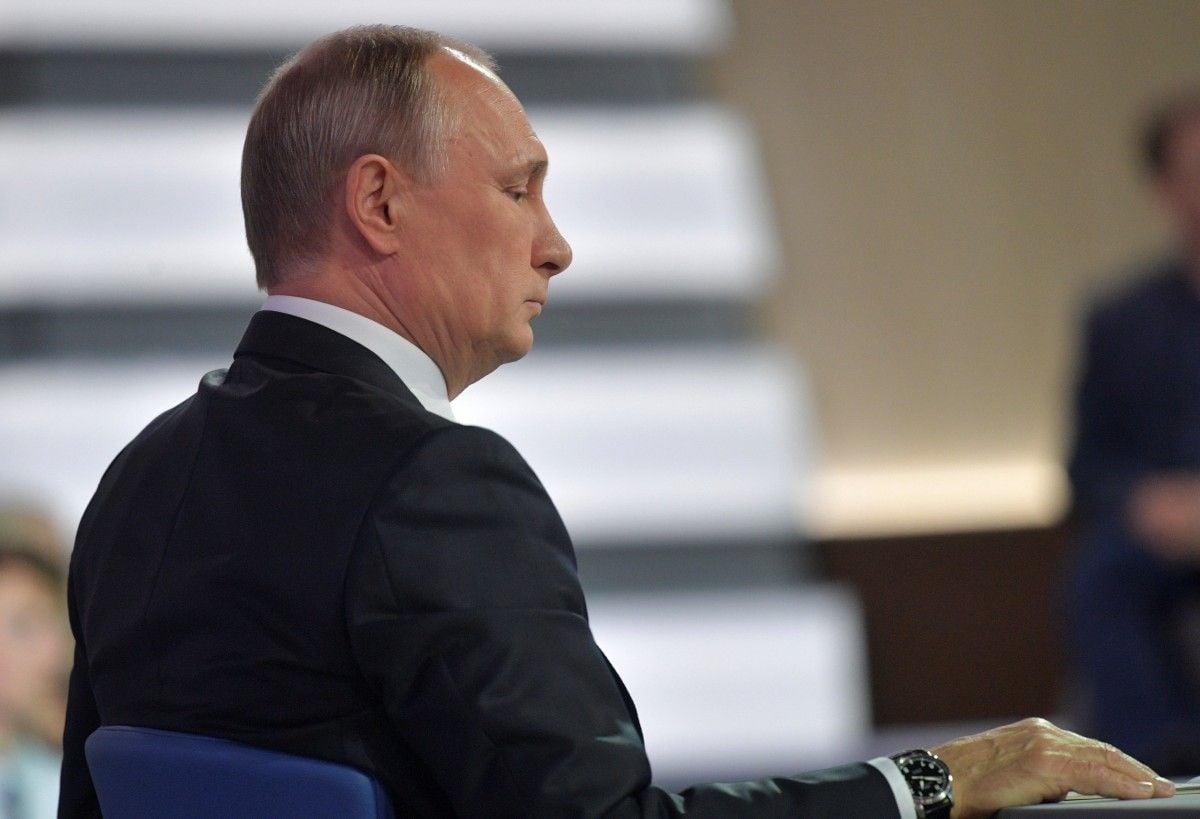 Russian President Vladimir Putin has told a press conference following the BRICS summit in China that he agrees to the idea of the deployment UN peacekeepers in Donbas only along the line of demarcation to ensure safety of the observers  from the OSCE Special Monitoring Mission, and instructed the Russian Foreign Ministry to introduce a relevant resolution for consideration by the UN Security Council, according to an UNIAN correspondent in Russia.

He stressed that the issue of the peacekeepers’ dispatch cannot be "dragged" through the UN General Assembly because the organization’s peacekeepers can be deployed only by decision of the Security Council.

"You say that someone wants to drag something through… In fact, I don’t see anything wrong here. I have repeatedly said that I support the idea of arming the OSCE mission, but the organization itself, the OSCE, refuses to arm its employees, since it has neither the relevant personnel nor the experience of such work," Putin said.

Read alsoUN peacekeepers deployment in Donbas blocked by Russia – Ukraine's mission to NATOAccording to him, the deployment of UN peacekeepers or people who provide security for the OSCE mission is "quite appropriate." "I do not see anything wrong here; on the contrary, I believe that this would contribute to the solution of the problem in the southeast of Ukraine, but, of course, it should be about a function of ensuring safety of the OSCE staff. Second: these forces must remain on the line of demarcation, not on any other territories. Third: this issue should be decided only after the parties are separated and heavy equipment is withdrawn," Putin said.

The Russian president believes the issue cannot be resolved without direct contact with representatives of pro-Russian militants in Donbas.

"If all this is done, it will be beneficial for the solution of the problem in the southeast of Ukraine. The [foreign] minister is here – so we will consider that this is an instruction to the Foreign Ministry to submit the relevant resolution to the Security Council," Putin said.

Read alsoPoroshenko, Mattis discuss possible UN peacekeepers' deployment in DonbasAs UNIAN reported earlier, August 22, Ukrainian President Petro Poroshenko said that he intended to submit to the UN General Assembly next month the idea of deploying a peacekeeping mission in Donbas. He recalled that on July 24 during telephone conversation between the Normandy Four leaders he had stressed the need to introduce a UN peacekeeping mission to Donbas with the mandate of the UN Security Council.

If you see a spelling error on our site, select it and press Ctrl+Enter
Tags:DonbasUkrainePutinUnitedNationsOSCEhybridwarpeacekeepers