In last minute call, Saakashvili says to use Intercity train "to avoid provocations" on border 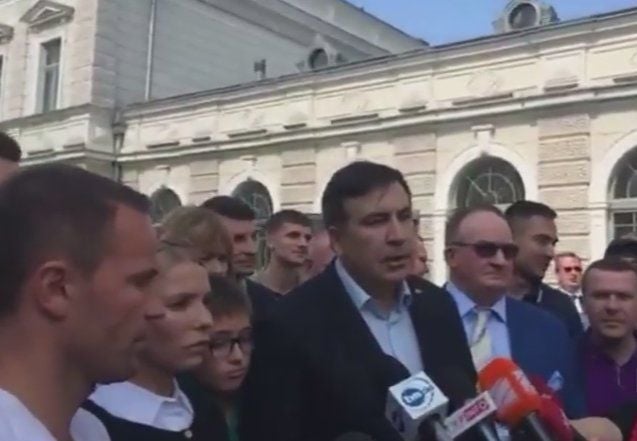 "To avoid provocations, we held consultations and decided that we can go by Intercity [train] now," Saakashvili said.

Read alsoBorder guards say to seize Saakashvili's "void" passport if politician attempts to cross into UkraineBatkivshchyna [Fatherland] Party leader Yulia Tymoshenko, other Ukrainian MPs, as well as Polish MEP Jacek Sariusz-Wolski intend to accompany Mr Saakashvili on his trip. The former Georgian president has also invited journalists to travel along with him.

The trip is currently being organized.

Read alsoGeorgia asks Ukraine to find, arrest, and extradite SaakashviliAccording to the train schedule on Ukrzaliznytsia website, the Intercity Plus train departs from Przemysl at 13:07 local time (14:07 Kuiv time), and arrives in Kyiv at 23:10.

If you see a spelling error on our site, select it and press Ctrl+Enter
Tags:UkraineSaakashvili