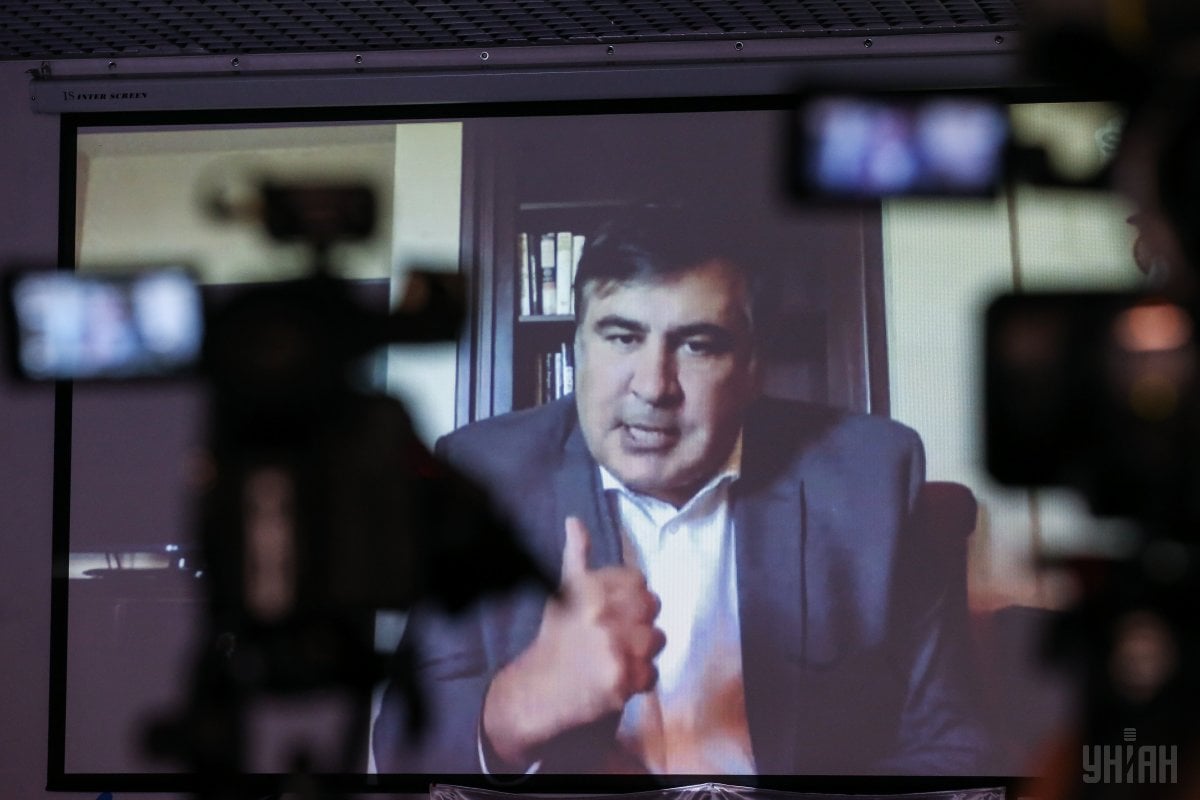 The crew have informed passengers via intercom that the train’s departure is being suspended since “a person is on board without a permit to stay in Ukraine, according to the National Police. In line with the Ukrainian legislation, the train will take off if the individual in question gets off of it.”

At the same time, in a statement issued following a train halt report, the National Police said they had not issued any instructions to Ukrzaliznytsia regarding the train departure ban as they have no authority on foreign soil and changing train schedule is also beyond their competence.

As an UNIAN correspondent reports, Mr Saakashvili, accompanied by a group of people's deputies and foreign journalists, remains in the fifth railcar of the Intercity Plus scheduled to travel from Poland’s Przemysl to Kyiv.

According to the politician, he intends to get off at the train’s first stop in the Ukrainian territory, that’s in Lviv.

Read alsoIn last minute call, Saakashvili says to use Intercity train "to avoid provocations" on borderSaakashvili’s lawyer Markiyan Halabala in a comment to UNIAN said the team forecast such developments and now intend to apply to the head of the State Border Guard Service, who has the right to allow entry to individuals without valid travel documents as an exception.

As UNIAN reported earlier, Saakashvili planned to return to Ukraine on September 10 via the Krakivets checkpoint, where he could be detained after Georgia sent Ukraine their third request for extradition of their former president.

The politician is said to be traveling with a Ukrainian passport, despite President Petro Poroshenko’s move in July 2017 to deprive Saakashvili of his Ukrainian citizenship.

Read alsoBorder guards say to seize Saakashvili's "void" passport if politician attempts to cross into UkraineMeanwhile, the State Border Service said they did not intend to let Saakashvili into Ukraine. According to Vasyl Servatiuk, the first deputy head of the Border Guard Service, Saakashvili has several Ukrainian passports – an internal passport and two passports for foreign travel.

"In accordance with the decision of the authorized state body, these passports are void. The State Border Guard Service of Ukraine has an order to seize these passports. That is, we seize passports, draw up a report and return him [Saakashvili]  to the territory of the state from where he arrived," said Servatiuk.

If you see a spelling error on our site, select it and press Ctrl+Enter
Tags:UkraineborderUkrzaliznytsiatrainSaakashvili