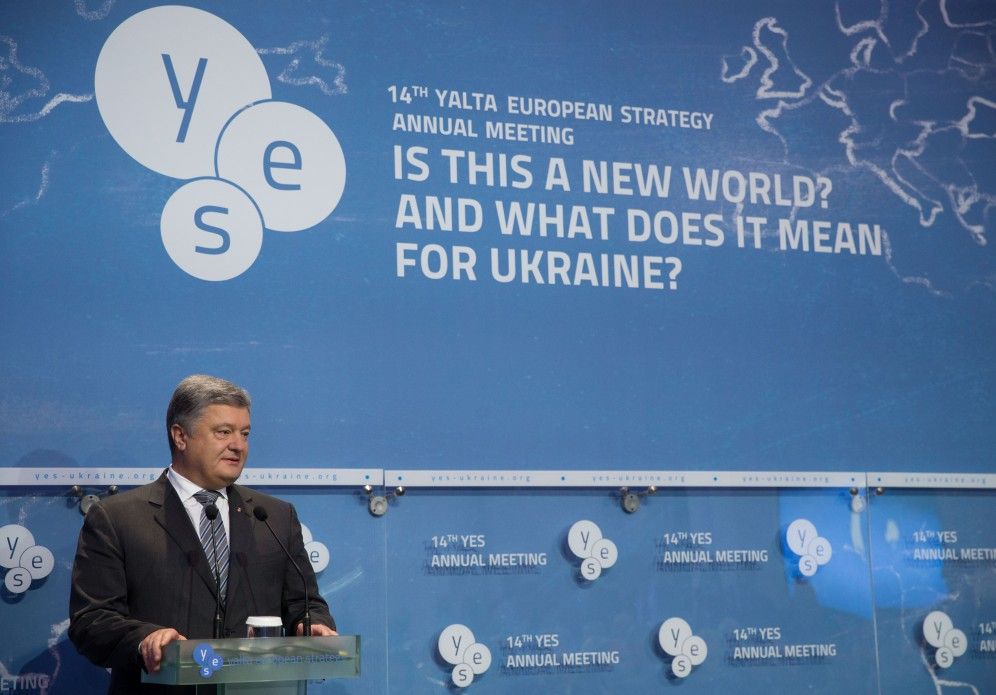 "I would like to thank the United States for its leadership in strengthening the sanctions against the aggressor," he said at the 14th Yalta European Strategy Annual Meeting "Is This a New World? And What Does It Mean for Ukraine?"

"The price for aggression must keep rising. It must be unbearably hard to keep what was unlawfully taken, or, more bluntly, cynically stolen."

"Regarding Crimea, we are being advised to put it off, to freeze it, or simply to forget about it. Only short-sighted politicians could give such advice. Those, who forget that today's battle for the world order has started with the occupation of Crimea," he said.

According to Poroshenko, tens of thousands of Crimean Tatars and Ukrainians are persecuted in Crimea and Donbas.

Read alsoNo compromises on Ukraine’s sovereignty over Crimea – Ukraine’s envoy to EU"Hundreds of them have perished at the hands of the killers and torturers only for the Ukrainian language, the Ukrainian flag or the Ukrainian passport. Unfortunately, the Kremlin keeps on refusing to recognize its crimes. Therefore, we must preserve unity and solidarity," Poroshenko said.

Read alsoEU prolongs sanctions over actions against Ukraine's territorial integrity"Sanctions against Russia must be in force until full implementation of Minsk Agreements and restoring the sovereignty of Ukraine over Crimea and Donbas," he added.

If you see a spelling error on our site, select it and press Ctrl+Enter
Tags:CrimeaPoroshenkoUkrainesanctionsRussianAggressionterritorialintegrity