Trump at UNGA: "We must reject threats to sovereignty – from Ukraine to South China Sea" 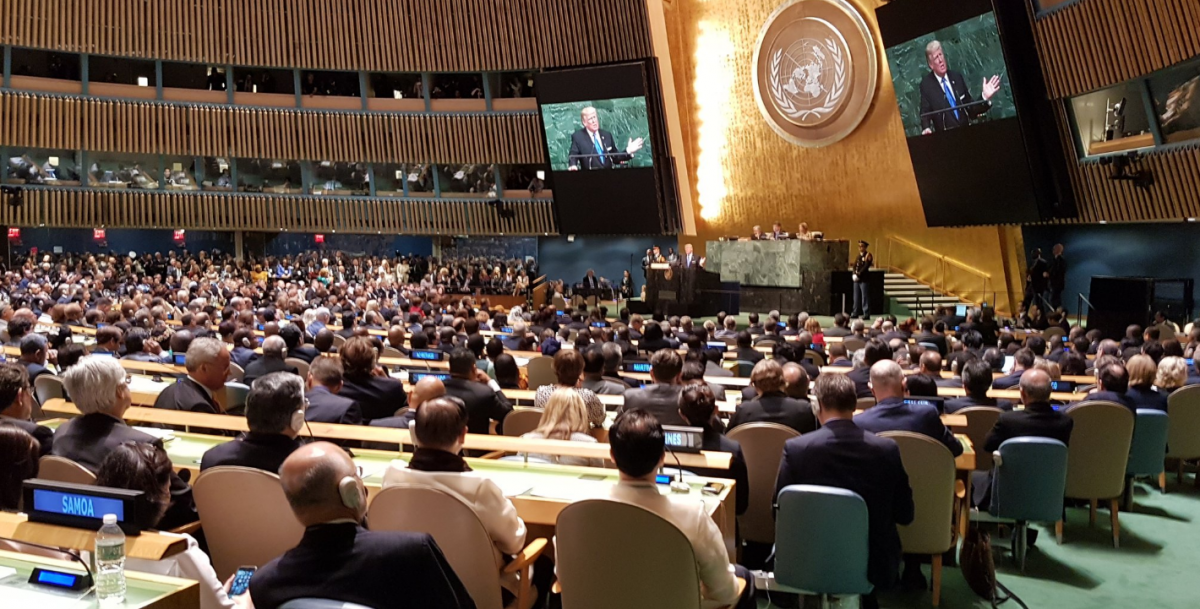 "We must reject threats to sovereignty – from the Ukraine to the South China Sea," he said during the general debate at the United Nations General Assembly (UNGA) on Tuesday, September 19.

Read alsoPoroshenko to meet with Trump on Sept 21 – media"And just as the founders of this body intended, we must work together and confront together those who threatens us with chaos, turmoil, and terror," he added.

As UNIAN reported earlier, Ukrainian President Petro Poroshenko is scheduled to meet with Trump on September 21 to discuss "joint tactics" in Russian-occupied Donbas.

If you see a spelling error on our site, select it and press Ctrl+Enter
Tags:UkraineUSATrumpUNGA