Russia resorts to blackmail, bullying and aggression in Ukraine – Grybauskaite 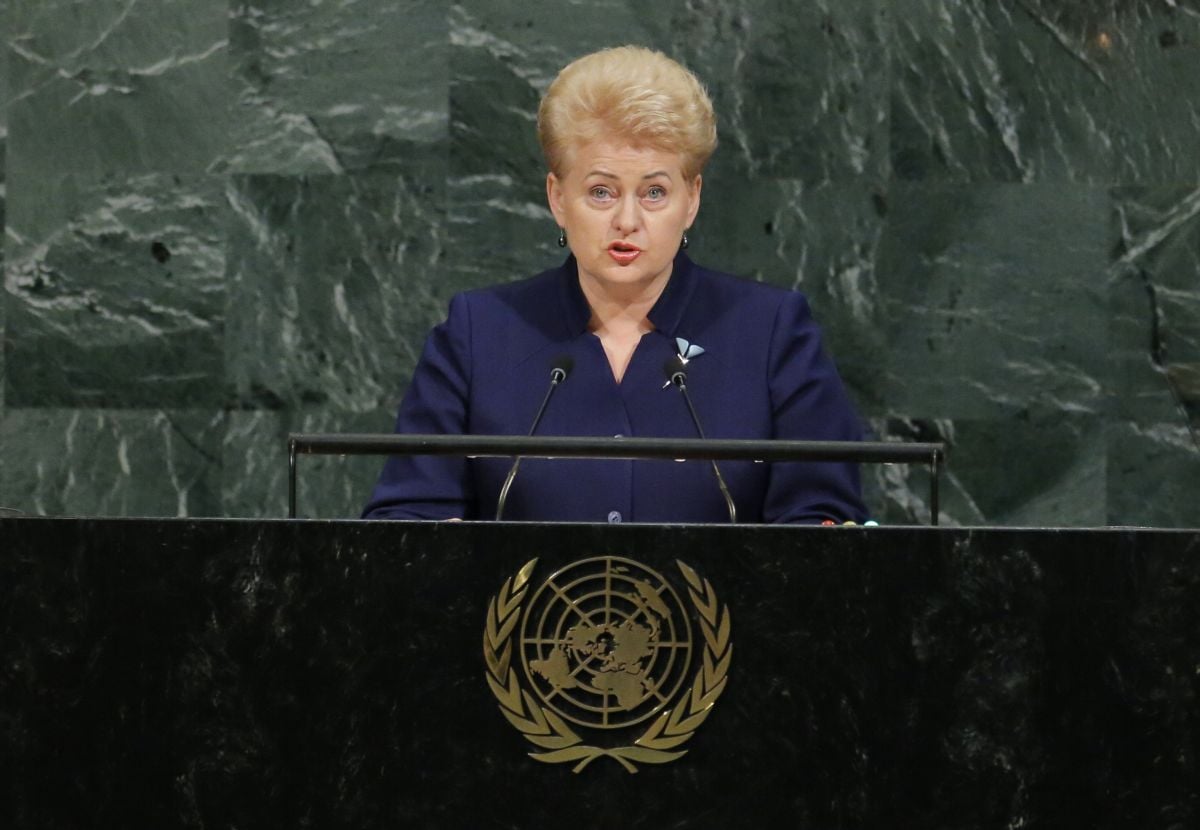 “The world's attention is now focused on North Korea and Syria, but the same methods of blackmail, bullying and aggression are being used by Russia in Ukraine and along NATO's eastern border,” Grybauskaite said, according to the UN website.

“The international community has to take its share of responsibility. We cannot let fear win by closing our eyes to violators, because it will only encourage them to go further,” Grybauskaite said.

Read alsoTrump at UNGA: "We must reject threats to sovereignty – from Ukraine to South China Sea"It should be noted that ahead of the Lithuanian president’s address, Russian delegation has left the session hall expressing protest.

If you see a spelling error on our site, select it and press Ctrl+Enter
Tags:RussiaUkraineaggressionLithuaniaGrybauskaiteUNGA